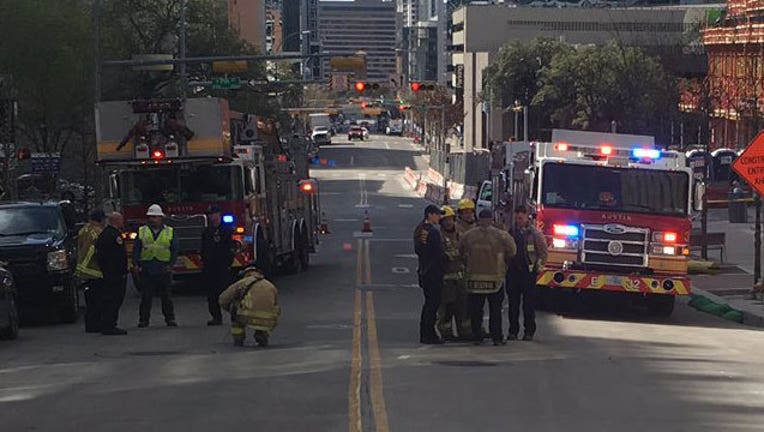 AUSTIN, Texas (FOX 7 Austin) - Streets in an area of downtown Austin have been shut down after a contractor hit a gas line in an in alley in the 700 block of Colorado.

Both Lavaca and Colorado Streets have been shut down between 7th and 8th as Austin Fire Department officials say gas is entering a storm sewer.

Officials say crews are monitoring the nearby Brown building and the UT Systems Building and say that no evacuations have been ordered at this time.