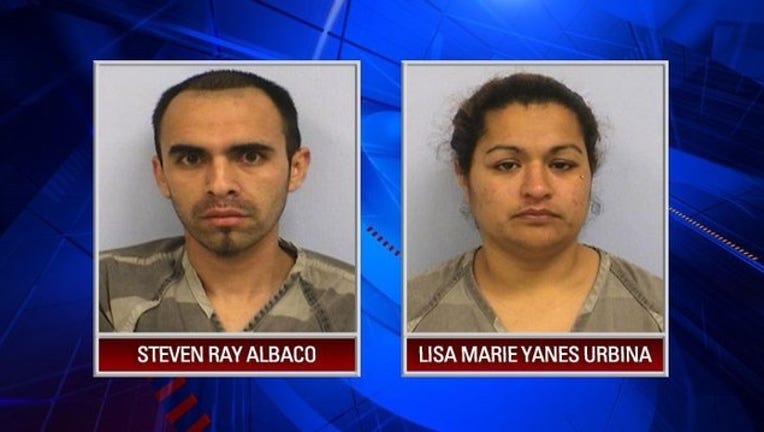 AUSTIN, Texas - Austin Police have charged a couple after they stole a charter bus and rammed it into a Taco Bell drive thru.

According to authorities, Aldaco and Yanes Urbina arrived at an East Austin Taco Bell, ate inside the restaurant and then boarded the white charter bus. When they tried to drive off, the bus got stuck in the drive-thru lane. While trying to get out of the lane, rammed through it ripped off pieces of both the roof of the bus and the overhang. Yanes Urbina was behind the wheel.

The bus took off after the accident. A police officer noticed the bus and the damage so he followed the vehicle. Yanes Urbina led police on a low speed chase for about four miles.

APD SWAT team was called after Aldaco and Yanes Urbina failed to obey the officer's commands. After about two and a half hours, the suspects were taken into custody by police.

The crash caused $10,000 worth of damage to the East Austin Taco Bell.