The Los Angeles Fire Department responded to a call of a structure fire in the 800 block of South San Julian Street. The fire later upgraded to a "greater alarm" structure fire with more 100 firefighters assigned.

The fire was extinguished after two hours, LAFD said. 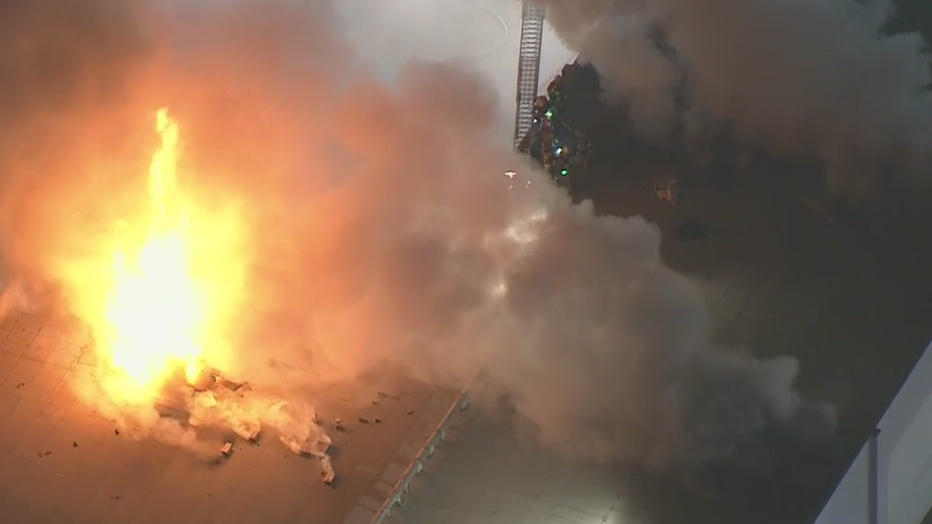 The massive blaze left one firefighter hurt. He's expected to be OK.

Officials say things got dangerous Friday night so firefighters on the roof and inside the building were pulled out.