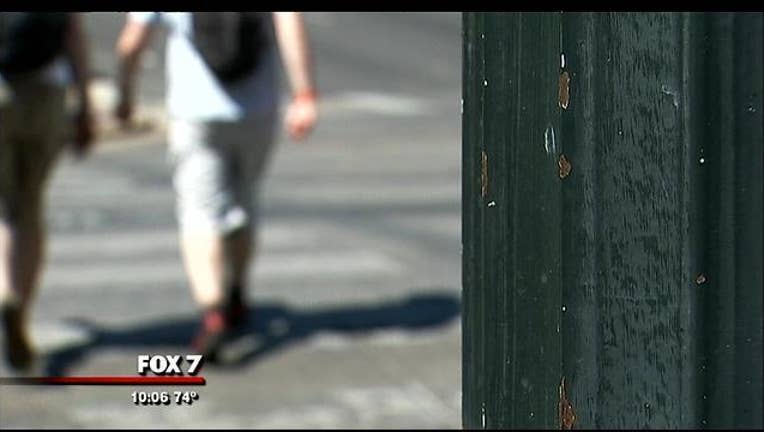 AUSTIN, Texas - October is Domestic Violence Awareness Month. The U.S. Marshals Lone Star Fugitive Task Force will commemorate the occasion by going after those who are committing the crime.

Every 20 seconds someone in the United States becomes a victim of domestic violence.

The U.S. Marshals step in when police have trouble locating the offender.

For Domestic Violence Awareness Month, marshals will increase their efforts to track down those with who have hurt their loved ones.

In Austin, officers issue an average of 75 warrants for domestic violence crimes every month. FOX 7 rode with APD officers as they arrested repeat offenders this past summer.

"if you're an abuser. If you're someone out there that's wreaking havoc on our homes, the places we expect our families, our wives our children feel the most secure that you will be held accountable," says Assistant Chief Troy Gay with APD.

While the marshals search, support groups will be ready to help the victims.

Gloria Terry with the Texas Council on Family Violence says, "At the end of the day it comes down to Elizabeth, Francesca, Shameka and Ernestine."

But domestic violence doesn't just include women. Men are victims too.

"If you are a victim and you're listening to this message, please report it. Please know that you do not have to do this alone," Terry says.

The Texas Council on Family Violence has an annual report on family violence fatalities.

For the second year in a row, fatalities have increased. Victims range in age from 17-84. The majority were killed by firearms.