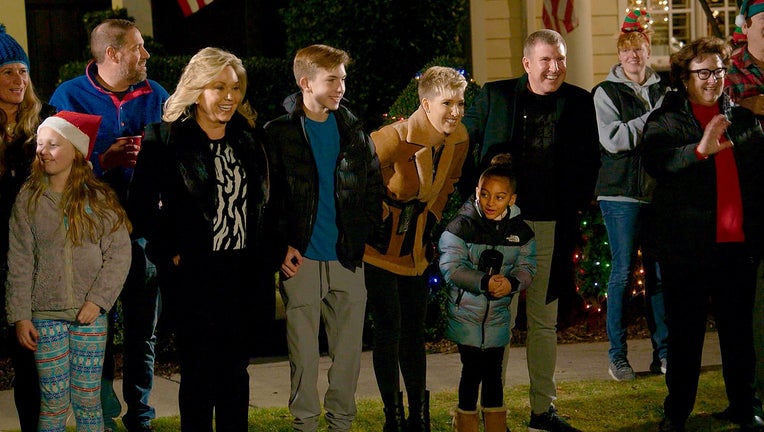 ATLANTA - The mother of Todd and Julie Chrisley’s granddaughter tells TMZ she plans to fight for custody. This comes after the "Chrisley Knows Best" couple were sentenced to federal prison time for fraud and tax evasion in Atlanta last month.

In a recent episode of her podcast, Savannah Chrisley, the eldest daughter of the Reality TV stars, said she plans to take custody of her 10-year-old niece Chloe and her 16-year-old brother Grayson when her parents report for their prison sentences on Jan. 15, 2023.

'I'M CLOSER TO GOD THAN I'VE EVER BEEN': TODD, JULIE CHRISLEY EXPLAIN THEIR RELIANCE ON PRAYER IN PODCAST

TMZ reports Angela Johnson, Chloe’s mother, says she is working to regain full custody. Todd Chrisley gained full custody of Chloe while living in Atlanta, but has since moved to Tennessee. Johnson says since she now lives in North Carolina, it has caused a jurisdictional nightmare, hampering her efforts.

The Chrisleys did not immediately respond to TMZ’s story.

The star of "Chrisley Knows Best" said her family's legal troubles have taken a tole on her.

The Chrisley's gained custody of Chloe during their son Todd’s battle with drug addiction in 2016. Her mother was arrested later that same year for filing a false application for Medicaid assistance. Johnson’s case has since been adjudicated.

In June, a federal jury convicted the Chrisley's of conspiring to defraud Atlanta banks. The couple and their accountant were found guilty of tax fraud.

Prosecutors said they defrauded banks out of more than $30 million of fraudulent loans.

The stars' attorneys vowed to continue to fight the conviction. Savannah Chrisley said the couple was convicted on "lies" and that she will not give up fighting for her family. Lawyers for the Chrisleys claim an IRS officer falsely testified and the prosecution pushed her to do so.

This story is being reported out of Atlanta. The Associated Press contributed to this report