Police say a mother and her 3-year-old son were at a Dallas donut shop Monday morning. Less than 20 minutes later, she was at the hospital emergency room with her son shot in the head. Police say she initially blamed a road rage incident, but police say evidence so far doesn't corroborate that.

DALLAS - Police reportedly found evidence that may be connected to the shooting death of a 3-year-old boy in Dallas. But they say they do not have evidence to support a mother's claim about how he was shot.

Dallas police say a mother and her 3-year-old son were at a Dallas donut shop Monday morning. Less than 20 minutes later, she was at the hospital emergency room with her son shot in the head.

Dallas police released a partial timeline of the moments before 3-year-old Jalexus Washington was shot and killed Monday. 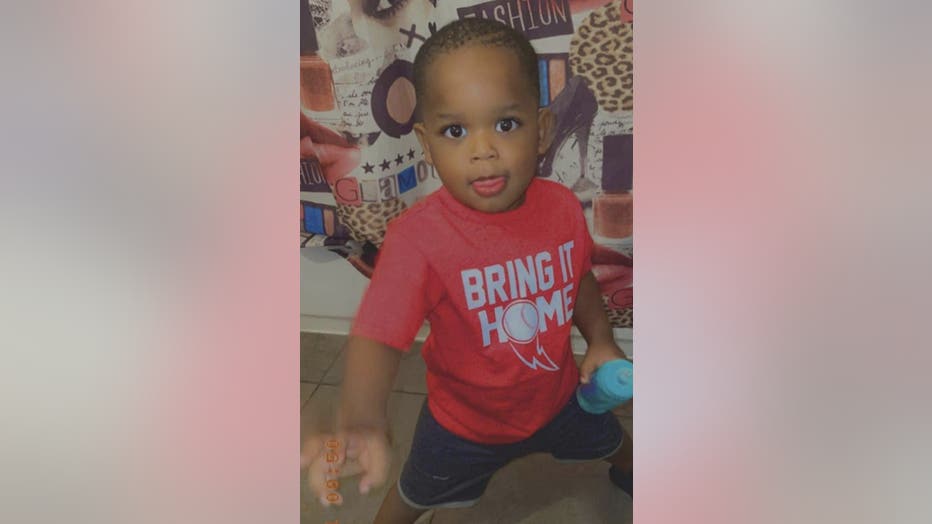 The boy was seen at a donut shop off Walnut Street in Northeast Dallas at 9:38 a.m. Then 19 minutes later, the mother showed up to Medical City Dallas with the 3-year-old dead from a gunshot wound to the head. What happened during that 19-minute period, however, remains a mystery.

MORE: Dallas toddler dies after being shot in the head

The mother included race and clothing in a detailed description of a would-be shooter driving the sedan. However, police say there’s no evidence supporting it.

"Right now, our department has not found a legitimate crime scene or evidence related to the road rage incident, but this still remains ongoing investigation," Martinez said.

FOX 4 did not observe any bullet holes to her vehicle on Monday.

"Cops started circling first," he recalled. "And then about 20 minutes later, the CSI and homicide units pulled up."

Holt believes he saw investigators locate a gun near the woods, securing it as evidence.

"They put it in the bag down that way, and then you could see them take it out of the bag over there as the CSI car got there," he said.

At this time, Dallas police will not confirm if a gun was located. Investigators were also seen down the street at Timberleaf Park.

Both parks are less than two miles from the donut shop. Police say it’s clear the shooting happened during the 19-minute span the mother and son left the donut shop and arrived at the hospital.

Police say the mother’s story is conflicting. It appears at this time they’re not looking for specific suspects.

FOX 4 spoke to several people close to the mother to express interest in interviewing her and discuss comments from police that her story is conflicting. They relayed that she says she’s not up for doing any sort of media interviews at this time.