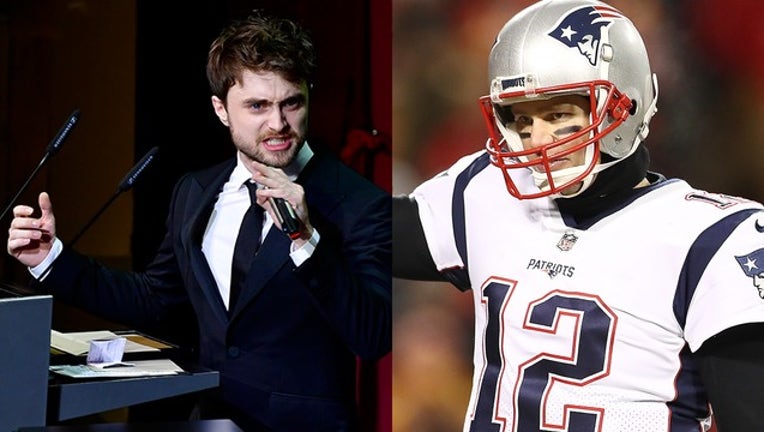 On Saturday, Radcliffe, 29, told Variety he's supporting the Los Angeles Rams in this year's Super Bowl, explaining, "The whole world is rooting against the Patriots ... sorry."

The "Harry Potter" star admitted he doesn't think Brady, 41, should retire, but that "he should stop winning things."

"Take that MAGA hat out of your locker! I feel like that was the moment when as a country we were all like, 'Come on, dude! You're awesome...Don't put that in here,'" Radcliffe chuckled.