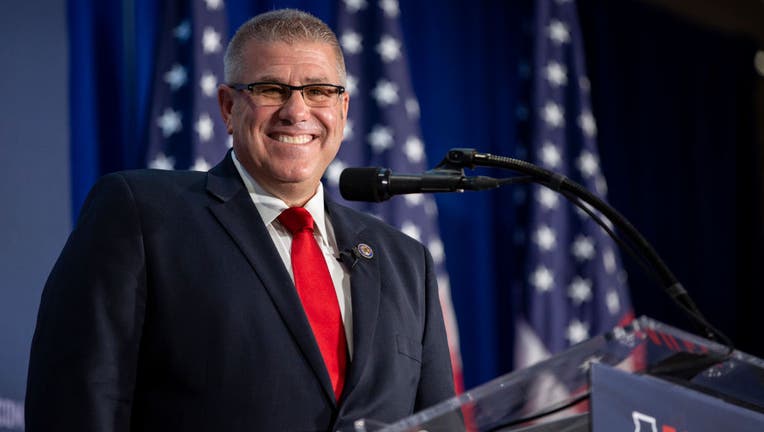 A GOP gubernatorial nominee in Illinois is getting attention for his choice of words in the hours after the deadly parade shooting on the Fourth of July in Highland Park.

"Let’s pray for justice to prevail, and then move on and let’s celebrate the independence of this nation," state senator Darren Bailey said Monday in a Facebook live, surrounded by a crowd of people. Many held American flags and signs promoting Bailey’s gubernatorial candidacy.

Bailey went live on Facebook at 11:45 a.m. local time, which was less than two hours after someone opened fire on an Independence Day parade from a rooftop in the suburban Chicago city. At least six people were killed and at least 30 were wounded.

A man described as a person of interest, Robert Crimo III, 21, has since been detained after an hourslong manhunt. Charges are expected.

Bailey was in Skokie, Ill. and made the announcement on his Facebook page that the Fourth of July parade there had been canceled.

"Unfortunately about 20 minutes away from here in Highland Park, there was a shooting," he said, adding that all they knew at the time was that some people had died. He asked for a prayer for the families, first responders and the parade organizers.

"They’ve done an amazing job. There’s a lot of confusion and frustration of the parade being canceled but they did the right thing because people’s safety has got to come first," he continued.

People's belongings sit along the parade route after people fled the scene in Highland Park, Illinois, on Monday, July 4, 2022, after a shooter fired on the Chicago suburbâs Fourth of July parade. (Brian Cassella/Chicago Tribune/Tribune News Service via Getty Images)

"The shooter is still at large so let’s pray for justice to prevail, and then move on and let’s celebrate the independence of this nation. We know the mission: we have got to get corruption and evil out of our government and we’ve got to elect men and women of honor and courage to get this country and this state back on track," he finished, then began a prayer.

"My intent was to pray for the victims and those affected by today's tragedy and for the shooter to be caught and prosecuted without further loss," Bailey reportedly said in the statement. "I apologize if in any way we diminished the pain being felt across our state today."

FOX Television Stations has reached out to Sen. Bailey’s office for clarification and comment.

RELATED: What we know about the July 4th parade shooting victims

Hours later on Monday, the senator made a post on his Facebook saying he was "heartbroken" by the shooting.

"We pray for the shooter to be caught and prosecuted without further loss. We hope we can all come together in prayer and action to address rampant crime and mental heath issues to ensure these horrific tragedies don’t happen again," he wrote.

Bailey has been endorsed by former President Donald Trump in his run for governor. 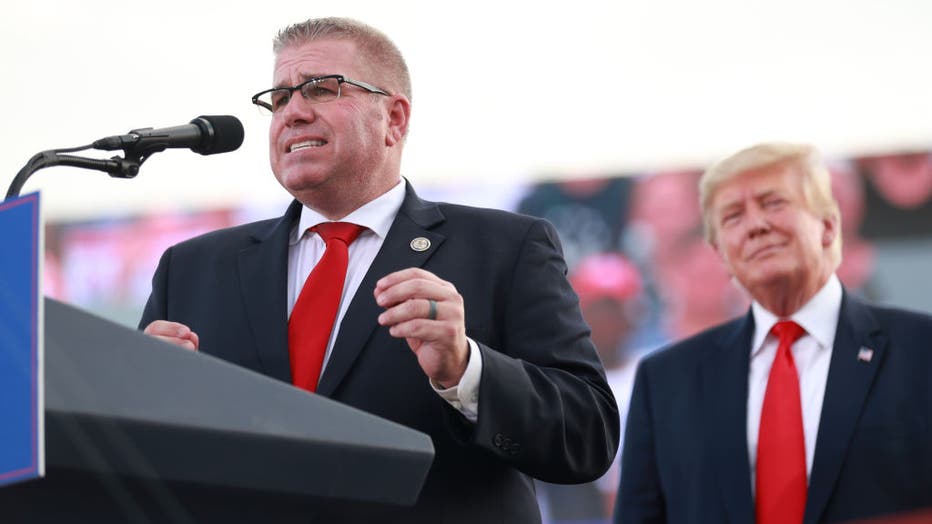 Illinois Gubernatorial hopeful Darren Bailey delivers remarks after receiving an endorsement from Donald Trump during a Save America Rally with former US President Donald Trump at the Adams County Fairgrounds on June 25, 2022 in Mendon, Illinois. (Ph

Bailey’s campaign website touts, "There’s nothing that’s wrong with Illinois that can’t be fixed by some conservative common sense. I’ll fight for the working people, not the political elites." His biography says he is an avid outdoorsman and a "strong supporter of the Second Amendment."

Pritzker responded to the Highland Park shooting by telling Illinoisans to "be angry." 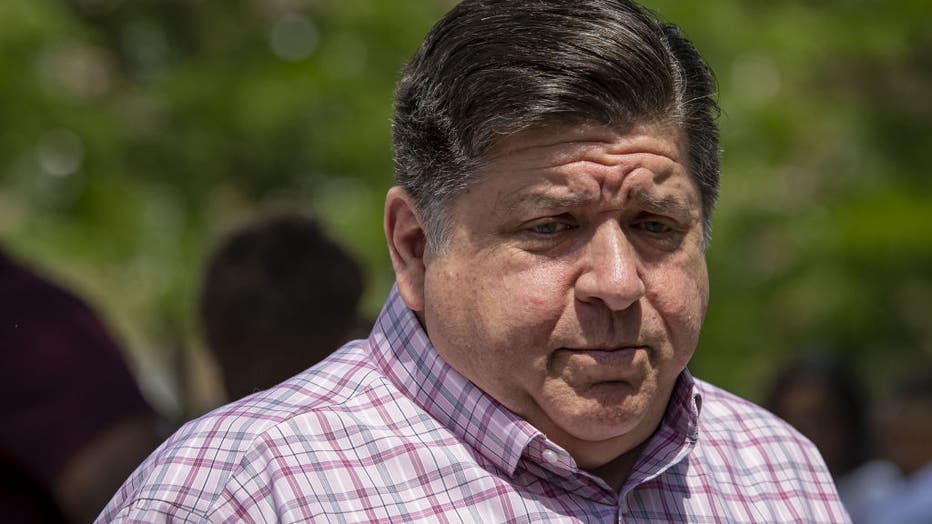 Gov. J.B. Pritzker gives a brief statement about the breaking news of a mass shooting on the Fourth of July parade route Monday, July 4, 2022 in Highland Park, Illinois. Pritzker spoke before the Hyde Park parade and departed after making a statement

"It is devastating that a celebration of America was ripped apart by our uniquely American plague," Illinois Gov. J.B. Pritzker said at a news conference.

"While we celebrate the Fourth of July just once a year, mass shootings have become a weekly — yes, weekly — American tradition."