There are several myths floating around that many believe to be absolutely true, but here's what the facts say about those myths.

Lightning can inspire awe, so it’s no surprise that people have developed a few tall tales about it.

Here are seven myths that you’ve probably heard about the natural phenomenon and how they compare to the facts.

While we use this saying to express a low chance of the same thing happening again, the fact is that lightning can and does strike the same place twice.

The antenna on the Empire State Building is hit at least 25 times a year, according to esbnyc.com. The Willis Tower, formerly known as the Sears Tower, and other skyscrapers in Chicago can be hit as many as 100 times a year. 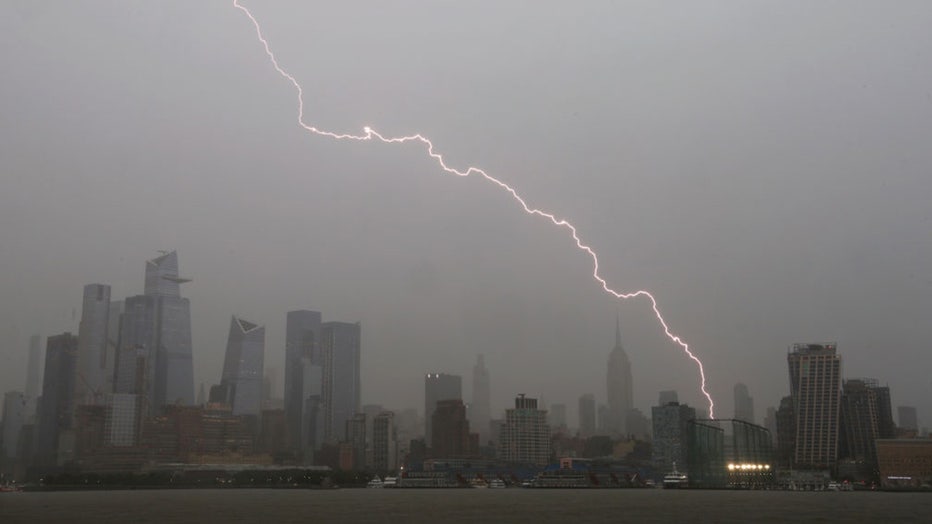 FILE - A bolt of lightning strikes over top of the Empire State Building and Hudson Yards during an early morning thunderstorm in New York City on June 16, 2022, as seen from Hoboken, New Jersey. (Gary Hershorn/Getty Images)

HOW TO WATCH FOX WEATHER ON YOUR TV

2. If you’re caught outside during a thunderstorm, you should crouch down or lie on the ground to be protected from lightning.

While it is true that weather experts used to recommend crouching as part of lightning safety, the National Weather Service stopped doing that in 2008.

"The crouch simply doesn't provide a significant level of protection. Whether you're standing or in the crouch position, if a lightning channel approaches from directly overhead (or very nearly so), you're very likely to be struck and either killed or injured by the lightning strike," the NWS wrote on its website.

Lying on the ground is also a very bad idea, according to John Jensenius, a lightning safety specialist at the National Lightning Safety Council.

"There are things that you definitely shouldn't do, and one of those is you don't want to lie down on the ground because that makes you more vulnerable to ground current," Jensenius said. "Our recommendation is just simply run as fast as you can because you're obviously in a dangerous situation, and the sooner you get to that safe place, the better off you're going to be." 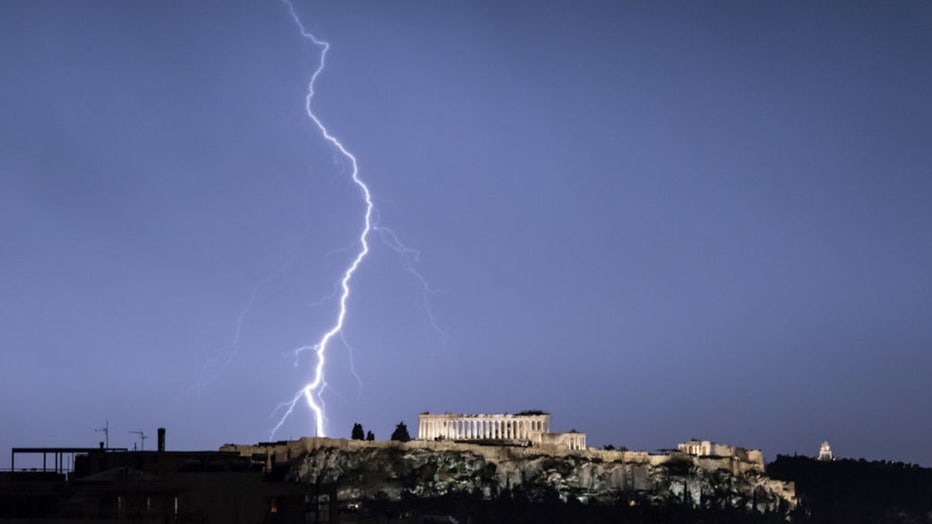 FILE - View of Acropolis during a sudden summer thunderstorm in Athens, Greece, on June 06, 2022. (Konstantinos Zilos/NurPhoto via Getty Images)

3. It’s the rubber tires that protect you from lightning in a car.

It is true that rubber is often used as insulation against electrical shock, but the tires on your car aren’t made of just rubber. According to Michelin, most of the company's tires are made up of more than 200 materials, including metal.

According to Jensenius, it’s actually the metal frame of the vehicle that protects you.

"If the car is struck, lightning will follow that metal shell around the car and into the ground and you'll be safe," Jensenius said.

While you’ll be safe, your vehicle may not fare well. According to Jensenius, the electronics will usually be fried and the tires may be severely damaged.

"The lightning may go through and they may cause the tires to explode," Jensenius said.

‘IF YOU SEE IT, FLEE IT’: LIGHTNING STRIKE SURVIVOR NOW PREACHES SAFETY TO OTHERS

Metal plays no role in determining where lightning strikes. According to the NWS, height, a pointy shape and isolation are the dominant factors in where a bolt will strike.

While metal doesn’t attract lightning, it is an excellent conductor of electricity, so you should stay away from it during a lightning storm.

GET THE LATEST EPISODE OF THE FOX WEATHER UPDATE PODCAST

5. A person who has been struck by lightning is electrified. If you touch them, you’ll be electrocuted.

According to the NWS, the human body doesn’t store electricity, which means it is safe to touch a lightning strike victim.

Jensenius said that a lightning strike will sometimes stop the heart of the victim, making CPR critical to saving their life.

"It can be restarted with CPR or with an AED," Jensenius said. "So that's the most immediate threat."

Jensenius said it’s important to call 911 right away if you witness someone being struck by lightning. 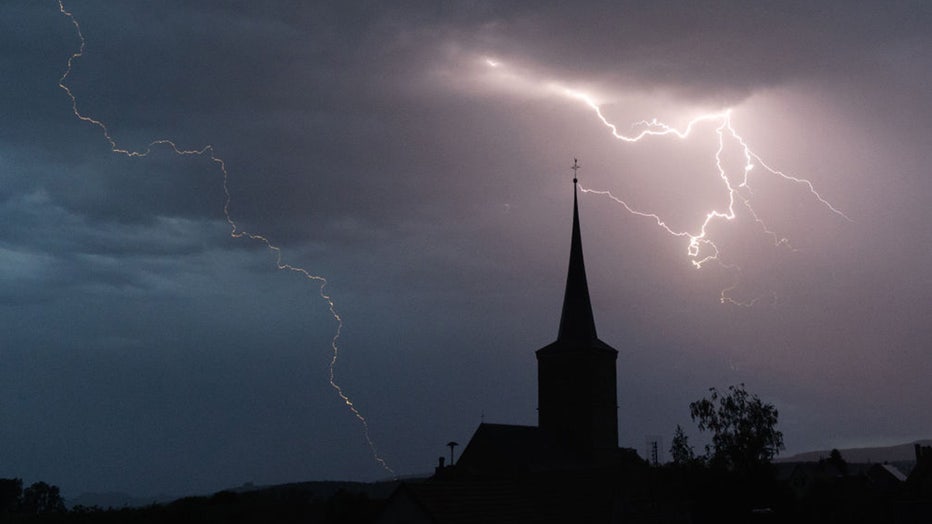 FILE - Lightning discharges from a thundercloud over a village in Bavaria, Rattelsdorf on May 19, 2022. (Nicolas Armer/picture alliance via Getty Images)

6. You can’t be struck by lightning if there’s no rain or clouds around.

According to the NWS, lightning often strikes more than 3 miles away from the center of the storm. There’s also a phenomenon called "a bolt from the blue," where people who are as many as 10 miles away from a storm have been struck by its lightning.

"Oftentimes, people call it ‘a bolt from the blue’ and think there, there aren't any clouds around, but if they look carefully, they're probably going to find a cloud behind them or a cloud that's being blocked by a tree, but it's always originating from the thunderstorm cloud somewhere," Jensenius said.

HOW DO LIGHTNING RODS WORK TO PROTECT HOMES AND BUILDINGS?

7. Standing under a tree is a good place to take shelter during a storm.

As mentioned above, lightning is attracted to tall, isolated things, making trees a primary target for strikes.

"If lightning strikes a tree and you're standing next to it, there's a fairly good chance that lightning is going to jump to you because you're a much better conductor than that tree, and we do see fatalities that way."

Also, winds from the storm could knock down the tree, and you don’t want to be anywhere near it if that happens.