Pablo Antonio Avila-Banagas has been arrested and charged after allegedly hitting a man in a wheelchair with his truck and driving away.

AUSTIN, Texas - Austin police say a 17-year-old is behind bars after hitting an elderly man on his electric scooter and driving off. The brutal crime was caught on surveillance cameras.

"I was really shocked when I saw the video," said Stephanie Thomas with ADAPT Texas

ADAPT is a local grassroot disability rights organization that has been around for almost 40 years. Thomas says while the surveillance video was shocking, it was not completely surprising.

"I know that hate crimes against people with disabilities are a real thing, but it's always something else when you see it," said Thomas

The incident happened just off of North Lamar Blvd south of Rundberg Lane. The victim, Rogelio De Luna, can be seen on an electric scooter moving through what seems to be an empty parking lot.

Rogelio moves into an area of the parking lot where cars are not designated to drive through when the video catches him start to make hand gestures at an oncoming truck saying slow down. The truck can be seen running over Rogelio and the driver making no attempt to stop.

The affidavit says "the vehicle appeared to make an abrupt left" and "jerked hard left as it appeared on-screen" heading right for Rogelio. Witnesses even told police it seemed like the driver accelerated faster as he hit him.

Rogelio was taken to the hospital with a list of life-threatening injuries including a cracked skull, brain bleed, fractured pelvis, and lacerations to his head and face.

VIEWER WARNING: A 17-year-old has been arrested and charged after allegedly hitting a man in a wheelchair in a parking lot in North Austin and leaving the area.

Austin police have arrested 17-year-old Pablo Antonio Avila Banagas claiming he was the driver who was involved in the hit-and-run.

It has not been confirmed whether the driver was being careless or if he was specifically targeting Rogelio, but Thomas says it is an unfortunate truth that people with disabilities are sometimes targeted, and it is important for people to educate themselves and just be more aware. 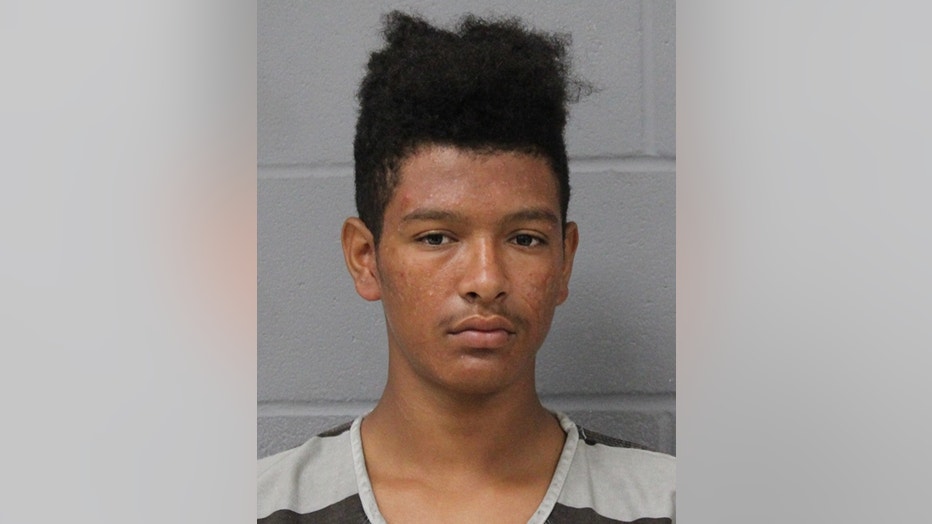 Avila-Banagas was taken to the Travis County Jail on Sept. 9. He was charged with Failure to Stop and Render Aid, Injury to a Disabled Person, Unlawful Carry of a Weapon, and Failure to Identify in Relation to this Case.