The cover image of Taylor was created by 24-year-old digital artist Alexis Franklin and is set to hit newsstands on Aug. 11.

On March 13, Breonna Taylor was shot and killed by police in her Louisville home. A new documentary episode will highlight the case — exploring Taylor’s life and the circumstances of her death.

“The Killing of Breonna Taylor” will air Sept. 4 at 10 p.m. ET on FX and be available for streaming the next day on Hulu. The episode is part of a new docuseries called “The Weekly,” produced by the New York Times.

Yoruba Richen, who directed the episode, said on Twitter she was “thrilled to be directing this important film.”

Taylor, a 26-year-old emergency medical technician, was shot several times by officers who went to her home with a search warrant as part of a drug investigation. Officers used a no-knock search warrant to break down the door, and were met with gunfire from Taylor's boyfriend, Kenneth Walker.

One of the officers, Jonathan Mattingly, was shot in the leg. Mattingly and two other officers, Myles Cosgrove and Brett Hankinson were placed on administrative reassignment after the shooting, and Hankison was later fired.

No drugs were found in the home and Taylor was unarmed. 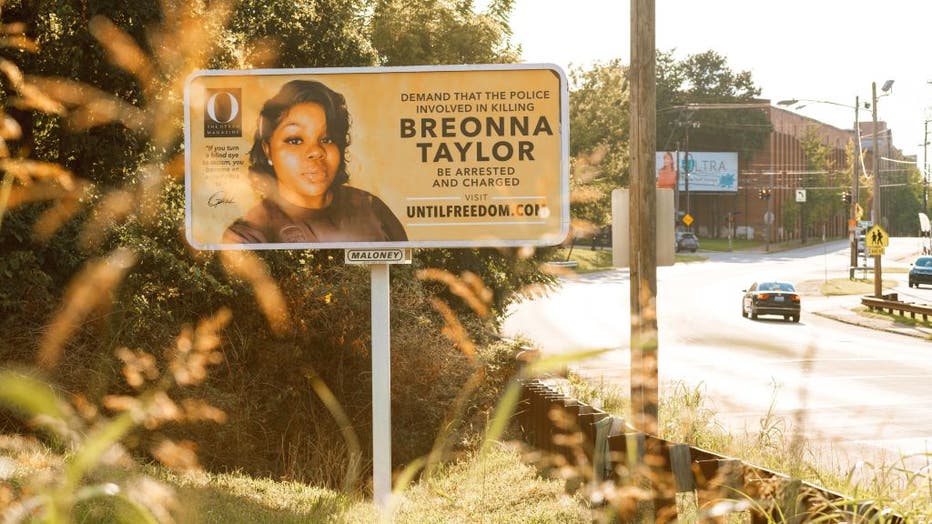 A billboard featuring a picture of Breonna Taylor and calling for the arrest of police officers involved in her death is seen on Aug. 11, 2020 in Louisville, Kentucky. (Photo by Jon Cherry/Getty Images)

Taylor's name has become a rallying cry among demonstrators during recent protests against racial injustice and police brutality.

The episode will feature interviews with dozens of people, including Taylor’s mother, Tamika Palmer, her boyfriend, witnesses and public officials, according to the Times.

Kentucky Attorney General Daniel Cameron on Sunday received a long-awaited FBI ballistics report in the fatal police shooting. Cameron tweeted that additional analysis is needed, and there would be no announcement on the investigation this week.

“We continue to work diligently to follow the facts and complete the investigation,” Cameron said.