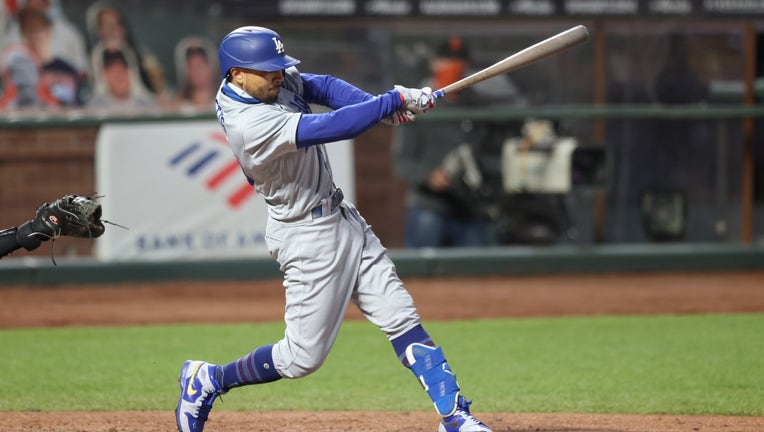 LOS ANGELES - The Major League Baseball game scheduled for Wednesday night between the Los Angeles Dodgers and San Francisco Giants was postponed in the wake of the police shooting of Jacob Blake in Kenosha, Wisconsin.

Numerous MLB players spoke about the shooting and postponement on social media.

"Given the pain in the communities of Wisconsin and beyond following the shooting of Jacob Blake, we respect the decisions of a number of players not to play tonight. Major League Baseball remains united for change in our society and we will be allies in the fight to end racism and injustice," MLB said in a statement.

Fans in Los Angeles reacted to the sports boycotts over racial injustice.

Wednesday night's game was rescheduled as part of a doubleheader Thursday, beginning at 1:05 p.m. PT, according to the Dodgers. Both games will be seven-inning regulation games.

Blake was shot several times in the back Sunday as he tried to enter his vehicle after a confrontation with police. Authorities have not provided any information about what led to the shooting, which was captured on video.  A federal civil rights investigation into the shooting was opened Wednesday night, according to the U.S. Department of Justice.

Earlier in the day, all three NBA playoff games scheduled for Wednesday night, including that of the Los Angeles Lakers, were postponed, due to a boycott initiated by players on the Milwaukee Bucks over Blake's shooting.

"The NBA and the NBPA today announced that in light of the Milwaukee Bucks' decision to not take the floor today for Game 5 against the Orlando Magic, today's three games -- MIL-ORL, HOU-OKC and LAL-POR have been postponed. Game 5 of each series will be rescheduled," the league tweeted.

Shortly after the MLB announcement, Major League Soccer players announced they would be boycotting all five games scheduled for Wednesday night in a collective statement against racial injustice.