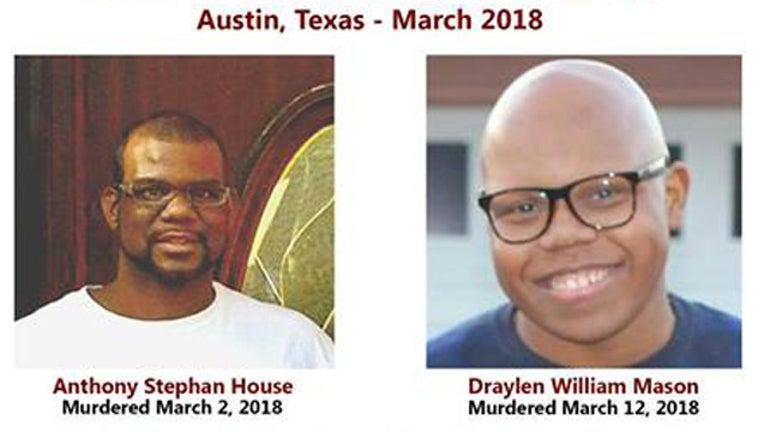 AUSTIN, Texas - Fundraisers on GoFundMe and YouCaring have been created to help the families of the victims of the Austin explosions. 39-year-old Anthony Stephan House and 17-year-old Draylen Mason were fatally injured by package bombs placed on the front porches of their homes.

Four other victims were also injured in a series of explosions that shook the Austin community.

On Sunday, two victims were walking alongside a road in southwest Austin when they activated a device with a trip wire. ATF said the explosive device was attached to some sort of sign.

According to officials, 23-year-old bombing suspect Mark Conditt of Pflugerville, Texas blew himself up overnight as a SWAT team closed in on him. According to APD Interim Chief Manley, the 23-year-old made a 25 minute recording that was a confession of what he’d done on his phone.

The phone was found in his possession. The video recording did not mention terrorism or hate, but challenges in personal life that led him to this point.

To donate to the Anthony Stephan House Fund, click here.

To donate to the Draylen Mason Memorial Fund, click here.