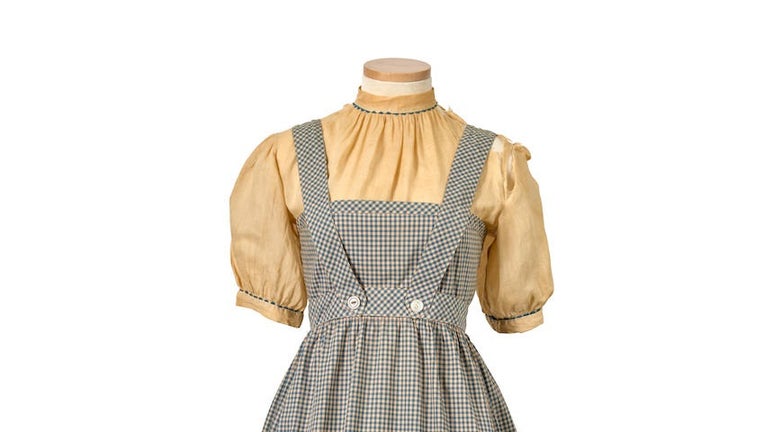 One of the four iconic blue and white dresses worn by Judy Garland in "The Wizard of Oz'" will hit the auction block next month, decades after it went missing from the Catholic University of America.

According to a news release from Bonhams auction house, the dress was worn in the scene where Dorothy faced the Wicked Witch of the West in the witch’s castle. It’s one of only two dresses with the blouse still intact, and it’s expected to sell for $800,000 -$1.2 million.

Hollywood actress Mercedes Mcambridge gave the dress to the university in 1973 while she was an artist in residence there. It went missing in the ‘80s and remained missing until July 2021, when staff found the dress while prepping for a renovation.

Proceeds from the auction will go to the university’s drama department.

Bonhams said there will be more classic Hollywood items on display next to the Dorothy dress. They said they’ll release more details closer to the sale.

The dress is on display at Bonhams New York from April 23-29 and Bonhams Los Angeles from May 20-24. The final sale takes place on May 24.