ROCKDALE COUNTY, Ga. - The young victim in Monday's hit and run was returning home from a nearby store when tragedy struck. The 10-year old was riding his bicycle along Ebenezer Road when he was struck from behind by a passing motorist. Mourners placed flowers at the site where the little boy was killed.

Rockdale County Sheriff Eric Levett was joined by the victim's family members at a news conference Wednesday, where he announced a break in the case. The victim's grandfather thanked detectives who handled the investigation.

According to the sheriff, the suspect, 27-year-old Lakeya Shumat, was taken into custody by investigators who were working the crime scene Tuesday afternoon and spotted the vehicle that matched the description of the car they were looking for. 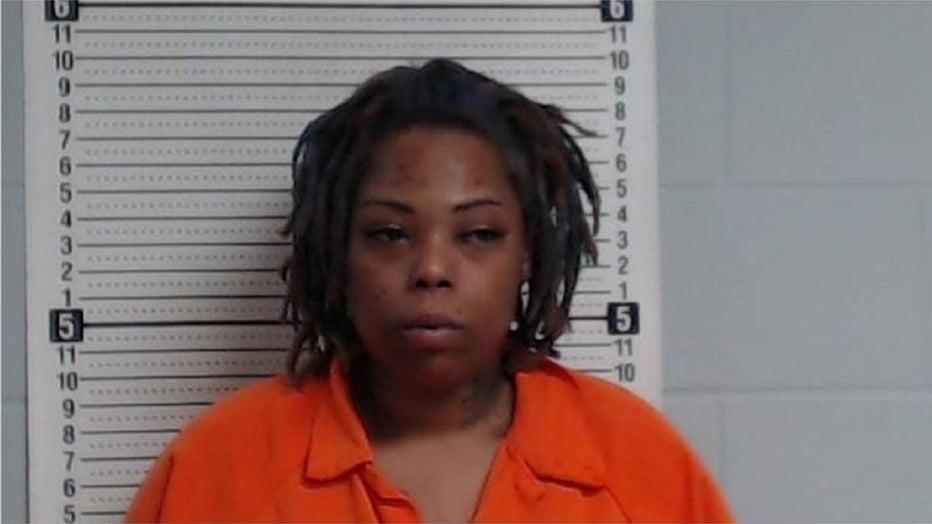 According to Sheriff Levett, "One of the investigators, Cpl. Rutledge jumped in his vehicle and made a traffic stop on that vehicle, down the street from the scene, where he later determined, the suspect's damage matched the damage on the suspect vehicle that struck the 10-year old."

Investigators detained the woman and took her to the station for questioning.

The sheriff said, "We determined that was in fact the vehicle that struck our 10-year-old child in Rockdale County, and later determined the person who occupied the vehicle was our suspect."

The sheriff said the suspect, a DeKalb County resident who works in the area where the child was struck, faces vehicular homicide charges, has not confessed to the crime, and has retained an attorney.

"I think she owes the family an explanation and we would love to hear that explanation. There is no excuse I can think of for striking a human being and leaving them," the sheriff said.