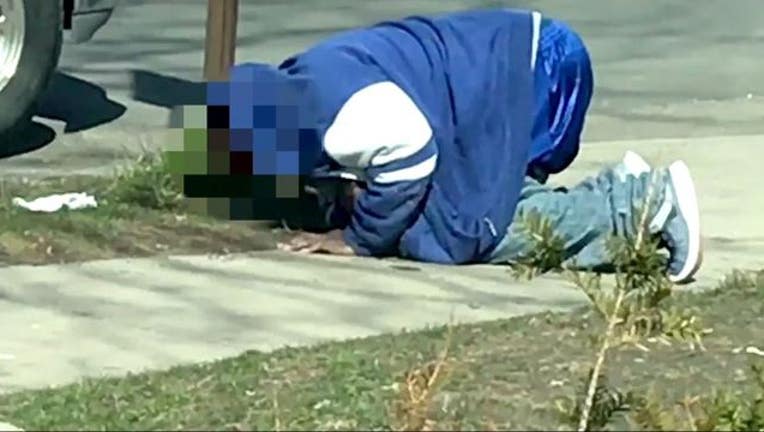 INDIANAPOLIS (WJBK) - A street drug laced with bug spray is taking a toll on drug users and producing zombie-like effects.

According to th Indianapolis Fire Department, they're seeing a big spike in overdoses from a drug called KD.

“We describe it as being like a zombie. They cannot talk to us,” IFD Captain Chris Major told KXIN.

FOX 59 in Indianapolis was on the scene when crews responded to another drug overdose. Medics found a man in the grass who was unresponsive and struggling to breathe. Medics said he overdosed on KD.

“Their movements are slow and lethargic, a lot of drooling and a loss of function. We find them with their clothes off, eating the grass, pulling dirt out of the ground and trying to put it in their mouth,” Major said.

Medics say it's a mix of either marijuana, spice, or tobacco and it's doused in bug spray and then smoked. IFD Captain Chris Major says his team has had nearly a dozen KD overdose runs in one day.

"They do not know what is in this stuff or who has made it so they are all taking chance. Which for some reason they are willing to do because we get the same people using over and over again," Major said.

Captain Major says there's not much they can do to help the user, except take their blood pressure and wait.

"We find people passed out with it still in their hand. That is how fast it has an effect on them," Major said. "We send them off to the hospital to get checked out and within two hours they may be back out there on the street doing it again. We have had the same person multiple times in one day."