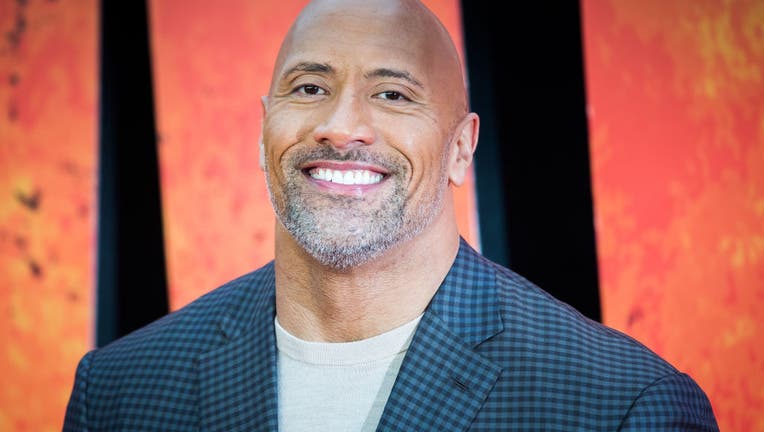 With the exception of a brief flirtation with a 2020 presidential run himself, Johnson, 48, often takes great pains to remain apolitical at a time when Hollywood is seemingly filled to the brim with activism.

However, the “Jumanji” actor took to Instagram, on Sunday, where he shared a video of a virtual conversation he had with the two Democratic candidates and officially gave them his public endorsement.

“I’m going to be pushing this political conversation just a little bit more,” he began the video before introducing his chat with the duo. “Look, I’ve got friends in all parties, but the one thing we can always agree on is the conversation and the dialogue, and where that conversation lands is always the most critical part. Now, this is something that I’ve certainly not done in the past, so I’m going to go big. You guys know me, if I go, I go big!”

He added: “As a registered Independent for years now with centrist ideologies, I do feel that Vice President Biden and Sen. Harris are the best choice to lead our country, and I am endorsing them to become president and vice president.”

The “Hobbs & Shaw” actor then showed a recent conversation he had with Biden and Harris in which he appeared virtually from his home while they sat together on a stage. He began by showering the two candidates with what he sees as their respective qualifications for the White House.

“You’ve led, in my opinion, with great compassion and heart and drive, but also soul,” he said of Biden.

Turning his attention to Harris, Johnson said: “You’ve been an attorney, a district attorney, a state attorney, a U.S. senator, smart, tough – I’ve seen you in those hearings – and, in my opinion, you are a certified bada--.”

Although he was complimentary, the star’s endorsement came with a chance for him to ask them both a question. Reflecting on the recent death of his father, Rocky Johnson, he noted that one of the late WWE Hall of Famer’s mottos was that respect is something to be earned.

“How will you earn the respect of the American people once you’re inside the White House?” he asked.

“By doing what we say we’re going to do, by keeping our word, by leveling with the American people, by taking responsibility,” Biden quickly responded. “When we fail, acknowledge it. We’re not going to be perfect, but take responsibility!"

Biden continued: “Tell the truth! It sounds so basic, but the American people are strong, they’re tough. They can take anything if you level with them and tell the truth.”

Harris added: “it’s about trust, right? As we know the nature of trust… it’s a reciprocal relationship. You give and you receive trust. And one of the foundations of trust is truth, you must speak truth. But here’s the reality, truth can sometimes be difficult to hear and for that reason sometimes people don’t speak it, but you cannot have trust if you don’t speak truth. You know that as a parent.”

Johnson’s foray into politics for the 2020 election comes after he previously told Rolling Stone that he didn’t vote in 2016. Although he voted for Barack Obama twice, he said he felt the choices the last time around weren’t adequate on either side.

“At the time, I just felt like it was either vote for the [candidate] I thought would make a better president than the other, even though I would rather have someone else, or not vote at all. I wrestled back and forth with it. We were on the set of ‘Jumanji’ in Hawaii, and it really was like calling on the gods. Give me the answer. Ultimately, it was [to not vote].”

FOR MORE, GO TO FOXNEWS.COM.