FOX 2 - A 75-year-old man seen on video being brutally beaten inside a Detroit nursing home earlier this year has died.

According to his family, the victim, Norman Bledsoe, had been depressed and was not eating since the beating at Detroit's Westwood Nursing Center, in May.

According to his family, the victim, Norman Bledsoe, had been depressed and was not eating since the beating at Detroit's Westwood Nursing Center, in May.

The elderly man suffered four broken fingers, broken ribs, and a broken jaw as a result of the vicious attack. Bledsoe's family is planning to sue the nursing home.

Prosecutors have charged 20-year-old Jaden Hayden with assault. and credit card theft. Hayden is expected to appear in court Thursday to determine if he's mentally competent to stand trial.

His father, who spoke to FOX 2 in May when the video surfaced online, said his son has had several health issues growing home, has autism, and called from a group home in Chelsea last week to say he wasn't sleeping, was feeling anxious, and hearing voices.

Hayden had been diagnosed with COVID-19 and said he was supposed to be taken to another facility to be quarantined, according to his father, who added he should have never been at the senior facility.

His father also says there is a pending case in Washtenaw County where his son is accused of assaulting a staff member at another group home. The young man's father says he's had serious behavioral problems for a long time and should have been closely monitored at Westwood. 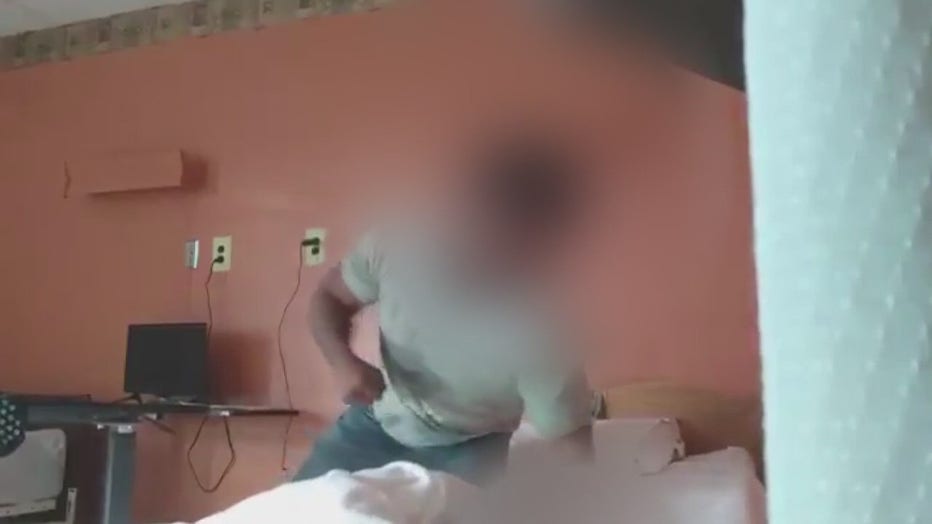 "I just don't want people to think that he's this vicious individual. He's got mental issues," his father told FOX 2 at the time.