ATCEMS responded to more than 560 assault calls, 69 gunshot wounds and 400 psychiatric calls between January and August of 2020. Each time they staged anywhere from seconds to an hour and a half before being able to provide care to a patient on scene.&nbsp;

AUSTIN, Texas - Austin City Council said they hope to increase public safety by reallocating money from the police budget to Austin-Travis County EMS, which could allow officers to be more efficient.

"It's recognizing that police and fire spend a lot of their calls on medical calls, so it's reinvesting more money in EMS so that our trained medical technicians are the ones that can respond to those calls," Austin Mayor Steve Adler said during a live interview with FOX 7 Austin in mid-August.

However, EMS said when it comes to mental health calls, overdoses, assaults, or someone who's likely intoxicated, they stage first. Staging refers to the time between EMS arriving on scene and getting access to a patient. In many cases, that's used while law enforcement officers secure a scene.

"We need to maintain ourselves at a safe distance until law enforcement takes control of that scene and it is safe for us to enter into that area," said Captain Darren Noak with ATCEMS.

ATCEMS responded to more than 560 assault calls, 69 gunshot wounds and 400 psychiatric calls between January and August of 2020. Each time they staged anywhere from seconds to an hour and a half before being able to provide care to a patient on scene. 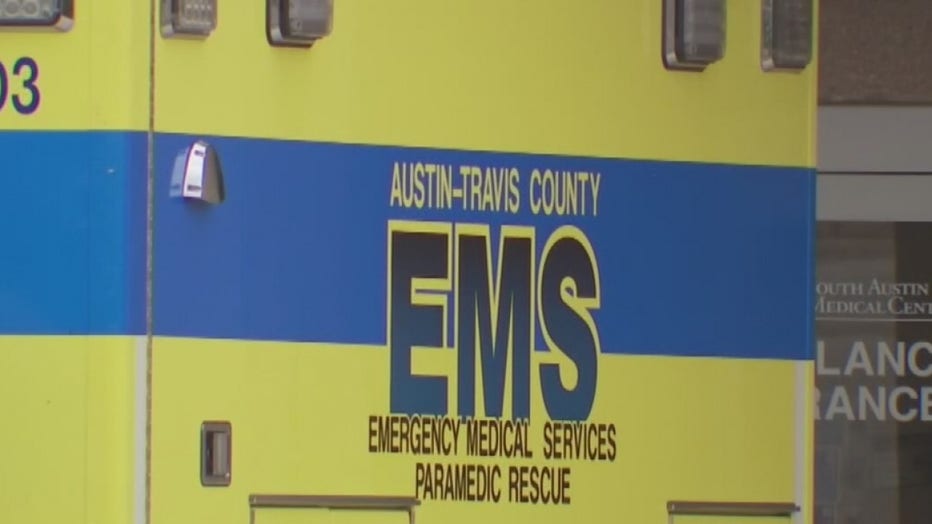 "We are unarmed. We're not trained in police tactics. We're not trained to subdue assailants. So, it is paramount for our paramedics' safety if there's an unknown or some situation that might get them into a precarious and dangerous situation, that it's very important for us to do our job ultimately in caring for patients," Noak said.

On average EMS staged for close to 7 minutes on about 6,950 calls during those seven months. However, more than 2,400 were related to COVID-19, which Captain Noak said likely skewed the numbers.

"In the pandemic calls, what we're staging for is, we're allowing the communications medics and our communications medics on our COVID clinical consult line, enough time to evaluate and triage and talk to the patients who are calling in with signs and symptoms that may be consistent to COVID-19," said Noak.

The other 4,550 staged calls included everything from medical alarms to assaults with a deadly weapon. As to whether impacts to APD's budget will affect how long EMS must stage at a time when seconds count, Noak said it could, but that's hard to predict.

"We really don't know what's going to happen from this point forward. I mean, as it is now, we have a lot of factors that play into the time that we stage. You know, we may have to wait for a law enforcement entity in the county a lot longer than we do in the city. So, if they're coming from a long way away, that's definitely going to affect our staging," said Noak.