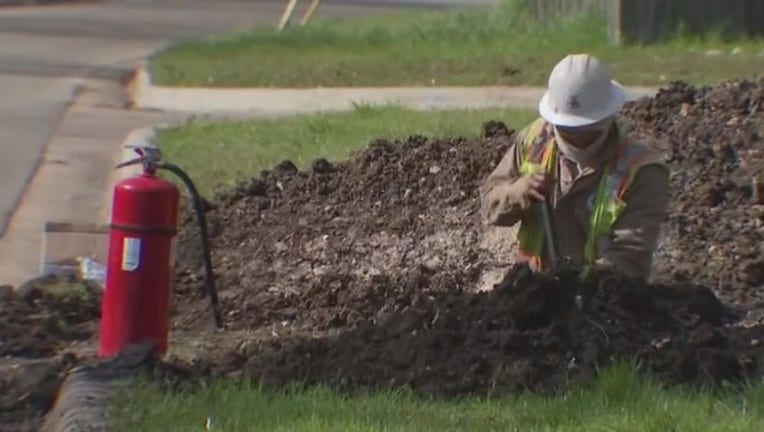 PFLUGERVILLE, Texas (FOX 7 Austin) - UPDATE: The evacuation has been lifted.

At least eight trailer homes and four to eight homes in Pflugerville have been evacuated because of a broken gas line in the corner of a mobile home park.

According to the Pflugerville Police Department, officers received a phone call about the broken gas line in the 900 block of Broken Feather Trail around 10:40 a.m. on Wednesday, July 17. Approximately eight trailer homes in the mobile home park and four to eight homes on the 14900 block of Antique Finish Drive have been evacuated.

Atmos Energy and the Pflugerville Fire Department are also on scene.

It is not clear at this time how long the evacuations are expected to last.