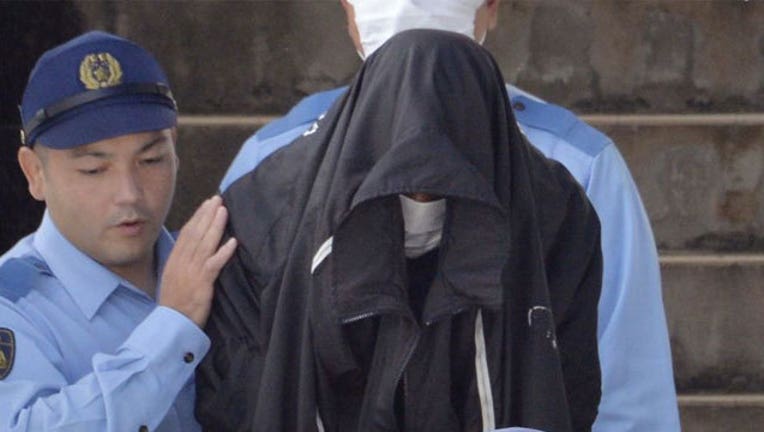 May 20, 2016: Police officers escort Kenneth Shinzato, an American working on a U.S. military base in Okinawa, out of Uruma Police Station to turn him over to the public's prosecutor's office. (AP)

TOKYO (AP) — Japanese prosecutors charged a U.S. military contractor Thursday with the murder and rape of a 20-year-old woman on Okinawa, a high-profile case that has renewed anti-American base sentiment on the southern Japanese island.

Local authorities said Kenneth Shinzato, a former Marine, now faces the murder and rape charges in addition to an earlier charge of abandoning the victim's body. The woman was found dead in a forest last month, three weeks after she had disappeared while taking a walk.

The case has sparked outrage on Okinawa, where residents have long complained about its heavy U.S. military presence and crime linked to them. The subsequent arrest and indictment of a U.S. sailor for alleged drunken driving has added to the anger.

Okinawa has been stuck with a contentious plan to relocate a Marine Corps air station to a less-populated part of the island. The plan developed after the 1995 rape of a girl by three American servicemen enraged Okinawans, but has made little progress for 20 years due to local protests. Critics want the air station completely removed from the island.

Half of about 50,000 American troops stationed in Japan under a bilateral security agreement are based on the island.

The U.S. military says the crime rate among its ranks in Japan is lower than among the general public.