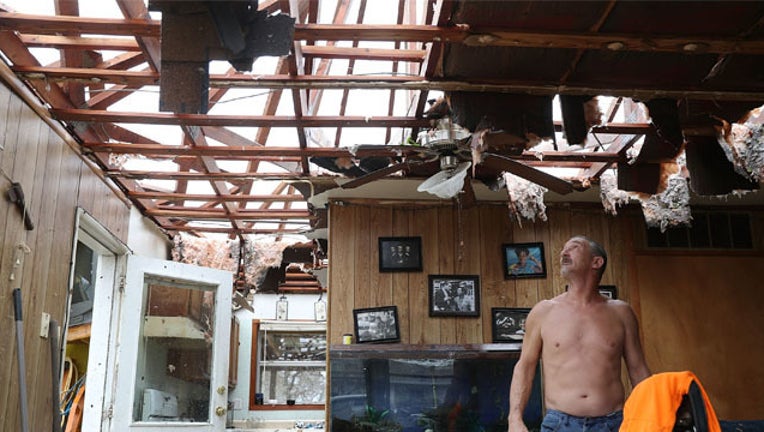 Don't be fooled by Hurricane Harvey's quick, eight-hour transition from a Category 4 monster with sustained winds of 130 mph winds to a Category 1 with 90 mph winds. Experts say the storm's destruction is probably just beginning.

The storm surge - the wall of water pushed inland by the storm - will gradually subside Saturday, but officials are worried about "potentially catastrophic" rainfall that will continue for days, with more than 40 inches and flash flooding possible even well inland, said Eric Blake, a hurricane specialist at the National Hurricane Center in Miami.

Hurricanes almost always lose strength quickly after making landfall and moving away from the warm waters that fuel their winds, Blake said.

Harvey came ashore along the Texas Gulf Coast on Friday night as the most powerful hurricane to hit the U.S. in more than a decade. It was downgraded from a hurricane to a tropical storm by about 1 p.m. Saturday.

But "the hazards don't go away," Blake said.

Although experts had worried that Harvey might eventually wander back into the Gulf of Mexico, regain strength and hit the coast again, "that's not the most likely scenario at this point," Blake said.

"Our focus is shifting to the extreme and potentially historic levels of flooding that we could see."

The storm is expected to keep slowing and dumping rain through the middle of next week.