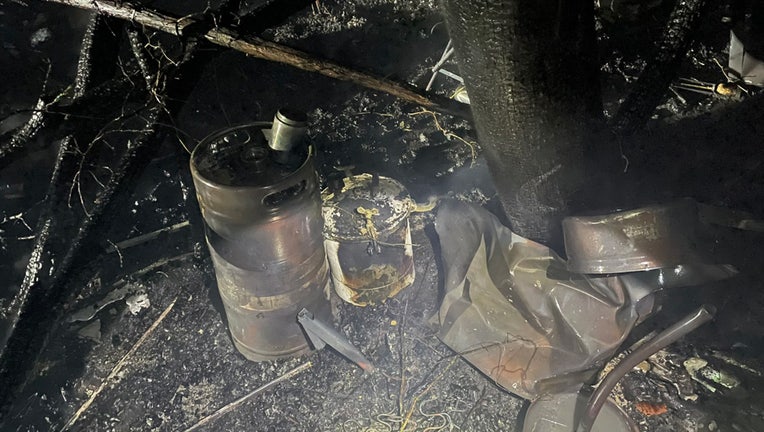 AUSTIN, Texas - The Austin Fire Department says exploded kegs were the cause of a camp fire along a CapMetro track in North Austin.

AFD says the fire happened at around 7 a.m. in the 2400 block of Gracy Farms Lane and was initially reported as a dumpster fire.

Officials say it was later determined it was actually a camp in the woods along the CapMetro track that caught on fire.