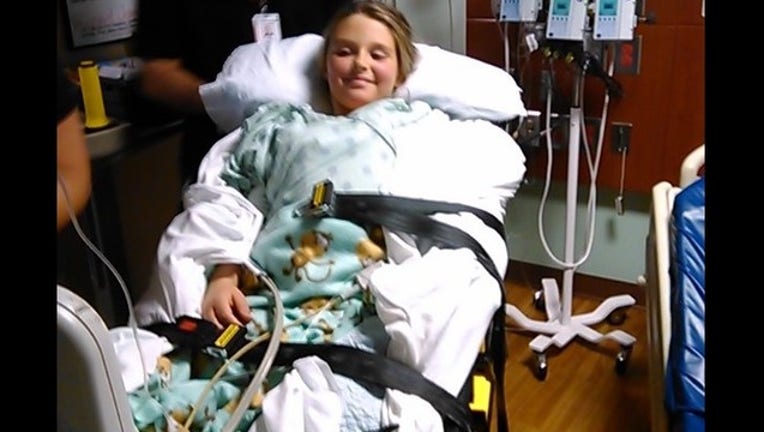 A Texas family says their daughter, once full of life and very active, is now hospitalized in very bad shape due to a flu vaccine.

The Browning family thinks their daughter suffered a rare side effect that has left her paralyzed from the waist down, with poor vision and incontinence.

Her family says she received a flu shot on Thursday October 15th 2015.

They say the vaccine attacked her body to the point that she was transported by Ambulance to John Sealy Hospital in Galveston, Texas Saturday October 17th in critical condition.

They say the reaction attacked 2 areas of her spinal cord, brain and neurological system.

The family says doctors have not confirmed it happened from the vaccine but they are convinced.

The family says Brianna will be in a very extensive rehabilitation program and doctors say she may not fully recover.

The family has started a GoFundMe page to try to raise money for home health care, medication and a wheel chair for Brianna.  She is one of six children ages 3 to 12 years old in the family.