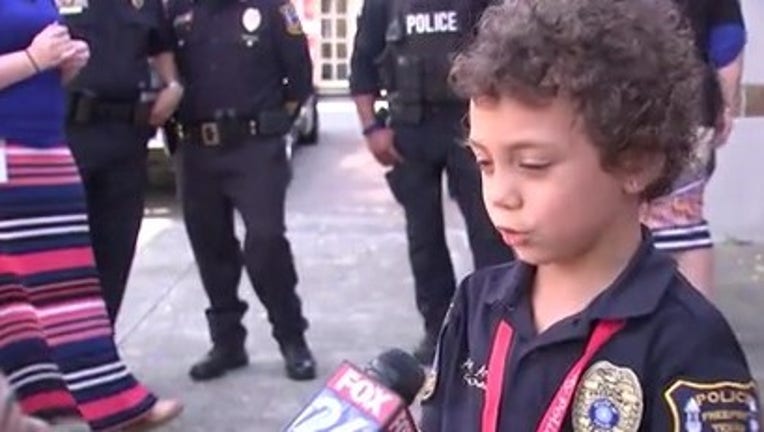 FREEPORT, Texas - The father of Abigail Arias, a little honorary Freeport police officer, took to Facebook Wednesday to ask for prayers after finding out last Thursday that the tumors in her lungs are continuing to grow.

"We said our goodbyes to all of her oncology team, and her doctors yesterday. There is nothing else that the hospital or the doctors can do for her," Arias said during a Facebook live.

"We are not done, we're not out, I want y'all to understand that, because God is greater than all of this, and He can heal her, and we know He's gonna heal her," Arias continued.

Arias won the hearts of many after Freeport Police Chief Ray Garivey made her an honorary police officer. Police officers, first responders and citizens watched as Abigail, wearing her own Freeport police uniform, took an oath to continue fighting the "bad guys" until she is cancer free. Abigail has since become an honorary Texas Ranger, and an honorary HPD officer.