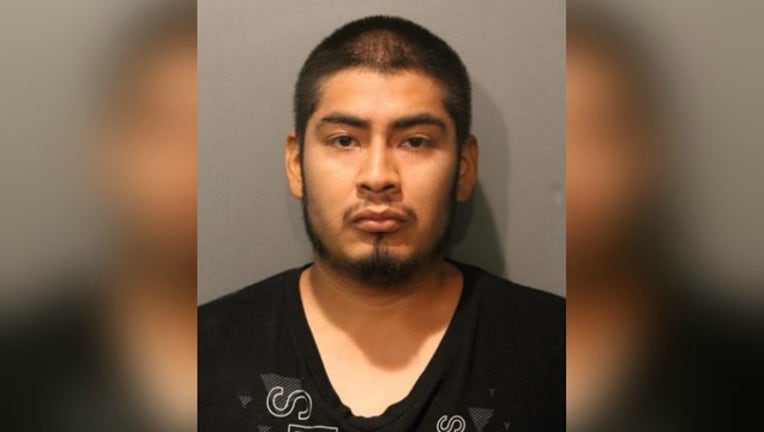 CHICAGO (Sun-Times Media Wire) - A Little Village man was ordered held without bond Tuesday on charges that he beat his 3-year-old daughter to death with a belt.

When police arrived, they found Aleman in the bathroom of the apartment leaning over the girl, performing chest compressions as she lay on the floor. The girl’s body was “covered with bruises,” Assistant State’s Attorney Jillian Anselmo said.

Aleman admitted to investigators that he had beaten Jazebel in the kitchen for refusing to eat, lashing the toddler with a belt, Anselmo said.

“(Aleman) only stopped beating Jazebel after he observed that she had stopped reacting to his beating,” Anselmo said.

Judge Adam Bourgeois Jr. glowered down from the bench at Aleman at his bond hearing Tuesday at the Leighton Criminal Courthouse.

“I can only hope that justice is swift and sure in this case,” Bourgeois said after announcing Aleman would be held without bail pending trial. “Please remove him from my court.”

Aleman was charged with first-degree murder.

A Cook County medical examiner’s report showed that Jazebel had suffered fractured ribs, a rupture to her small intestine, injuries to her pancreas, and heavy bruising, including several marks that resembled marks from a belt buckle on her hip and chest.

Aleman’s live-in girlfriend had left the apartment in the 2500 block of South Homan Avenue, several hours earlier with a 5-year-old child, after fighting with Aleman. Jazebel stayed behind, Anselmo said, because she was being disciplined for not eating.

The mother of both children said she had last seen the pair a few weeks earlier, and had been trying to get them back from Aleman.