Dr. Mady Hornig has been confronted with an array of concerning symptoms that have persisted in patients, as well as herself.

PHILADELPHIA - Jonathan Lipman and his 9-year-old son have been suffering from coronavirus symptoms for over six months now.

Lipman published an account of his experience in the Philadelphia Inquirer, sharing the isolation that comes with the illness that he and his child had to battle together.

The isolation was felt acutely when “almost nobody believed" that the two had been sick with COVID-19 for over 180 days, according to Lipman, in an opinion piece published on Sept. 11.

“Until recently, almost nobody believed me, so I stopped even believing myself,” he wrote.

Lipman and his son Eli first felt ill in mid-March, but around that time, access to COVID-19 tests was scarce — a common theme for the Lipmans and many others who are refer to themselves as coronavirus “long haulers.”

Testing delays and a lack of accuracy led to their inability to prove exposure.

RELATED: Could your symptoms be COVID-19? The signs range from mild to severe 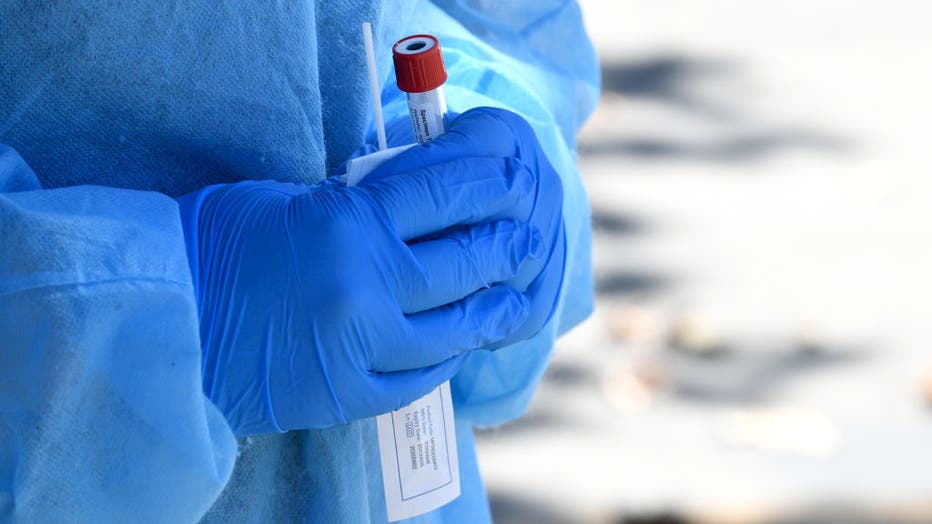 His wife and daughter also fell ill, but were able to recover within two weeks. Lipman and Eli, however, continued feeling ill, though the entire family all tested negative for the virus.

Lipman explained his symptoms that have persisted to an exhausting extent. “Here’s what it feels like,” he wrote.

“My cough and fever disappeared after two weeks. But I was left unable to participate in my normal life. I woke up most days with severe pain in my limbs, like broken bones. I was so short of breath I could not make it up the two flights of stairs in the house without gasping. Severe headaches would come and go. Complex mental tasks were impossible. I’d find myself reading and re-reading the same email, unable to make sense of it,” Lipman wrote.

“My bouncy, sweet-tempered, irrepressible son, who liked to do handstands while watching cartoons, transformed into a morose ghost slumped in his bed. He cried if we suggested he go for a walk,” he added.

Nearly six months of persistent debilitating effects to his body later, a CT scan found damage to his lungs. Lipman wrote that a lung doctor was able to diagnose him with post-COVID-19 damage.

Lipman said that around that time his son also started showing signs of improvement.

The Lipmans’ testimony is just one piece in a larger puzzle of increasing evidence that has continued to emerge that the novel coronavirus is unlike most respiratory illnesses. Varying degrees of symptoms are appearing in patients, ranging from mild to severe — with some lasting months — in both adults and children.

In August, Canadian news outlet CTV News reported on an Ottawa mother’s 7-year-old twins, Clara and Luc, and 9-year-old daughter, Mira, who appeared to have lingering COVID-19 symptoms which first appeared in March.

In the U.K., a 14-year-old girl had fallen ill with a cough in March when the pandemic first hit Britain. Indiana Evans was never hospitalized because her symptoms were extremely mild, but doctors eventually diagnosed her with post-viral fatigue post-COVID, Indiana’s mother told CNN.

The CDC published a survey in July which acknowledged that many people who contract the novel coronavirus experience a prolonged symptom duration.

It was the first acknowledgment of its kind from the CDC, with the authors of the report noting that “disability are common in adults hospitalized with severe coronavirus disease 2019 (COVID-19).”

A separate survey conducted by Survivor Corps, a nonprofit aimed at coronavirus education for survivors of the illness, and Dr. Natalie Lambert from Indiana University School of Medicine, said that 65.7% of 1,700 respondents reported experiencing hair loss, among other long-term effects of the illness.

Lambert published a report titled “COVID-19 ‘Long Hauler’ Symptoms Survey Report” on July 25, explaining that ”Many members of Survivor Corps report suffering from long-term symptoms of COVID-19 and have taken to calling themselves “Long Haulers.”

“While the impact of COVID-19 on the lungs and vascular system have received some media and medical attention, the results of this survey suggest that brain, whole body, joints, eye, and skin symptoms are also frequent-occurring health problems for people recovering from COVID-19,” Lambert wrote.