BIRMINGHAM, Ala. - Authorities in Alabama continue the search for a 3-year-old girl who was reportedly abducted Saturday outside at her birthday party. The FBI said it is now assisting in the case.

Kamille “Cupcake” McKinney was taken around 8:30 p.m. Saturday from the Tom Brown Village public housing community in Avondale, Alabama, just outside Birmingham. A statewide Amber Alert was issued and has since expanded to other surrounding states.

Sunday, Birmingham police and Jefferson County sheriff’s deputies said they found what they believe to be the SUV connected to the abduction. That was about 24 hours after the reported abduction. A joint law enforcement task force surrounded the Woodside Condominiums on Shadowood Circle, less than 10 miles northeast of the abduction scene.

Two people, who police labeled as “persons of interest” were taken into custody. Police said they have been questioning the pair, but have not produced any leads so far.

Monday, law enforcement expanded the search to other surrounding states.

Kamille was last seen wearing a pink T-shirt that has a Mickey Mouse icon in leopard print and leopard print shorts. Her shoes were found in the parking lot so police believe she is barefoot.

Kamille is 3-feet tall and weighs 60 pounds. She has brown eyes and black hair. 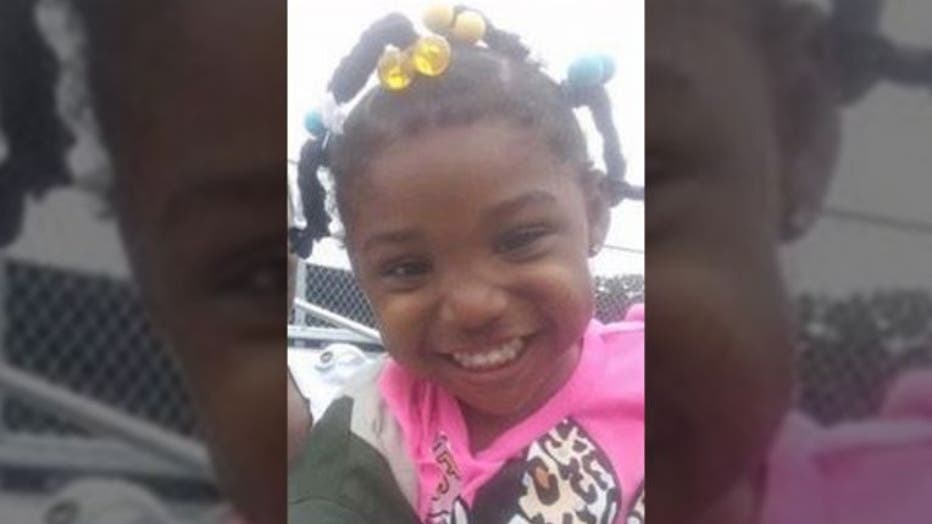 AL.com reported Monday Alabama Gov. Kay Ivey was in discussions with the Jefferson County District Attorney’s Office to finalize plans for a $5,000 reward for information leading to the arrest and conviction of those responsible for Kamille’s disappearance.

A vigil was being held Monday evening where Kamille was last seen.

Police said anyone who sees Kamille is asked to call 911 immediately. Anyone with information who wishes to remain anonymous can call Crime Stoppers 205-254-7777.

AL.com and the Associated Press contributed to this report