Many people arrive each night to admire the Riverside, California family's spooky Halloween decor, but the decorations appear so realistic that multiple people have made emergency phone calls to firefighters about the home.

LOS ANGELES - One California home has been a hot attraction for spectators this Halloween season, but it’s also lighting up the emergency telephone lines.

Many people arrive each night to admire a Riverside family's spooky, fiery Halloween decor, but the adornments appear so realistic to some that multiple people have made emergency phone calls to firefighters about the home.

The decorations include skeletons, a cannon, a ship and a pretend fire — the part of the design which has triggered calls to 911. 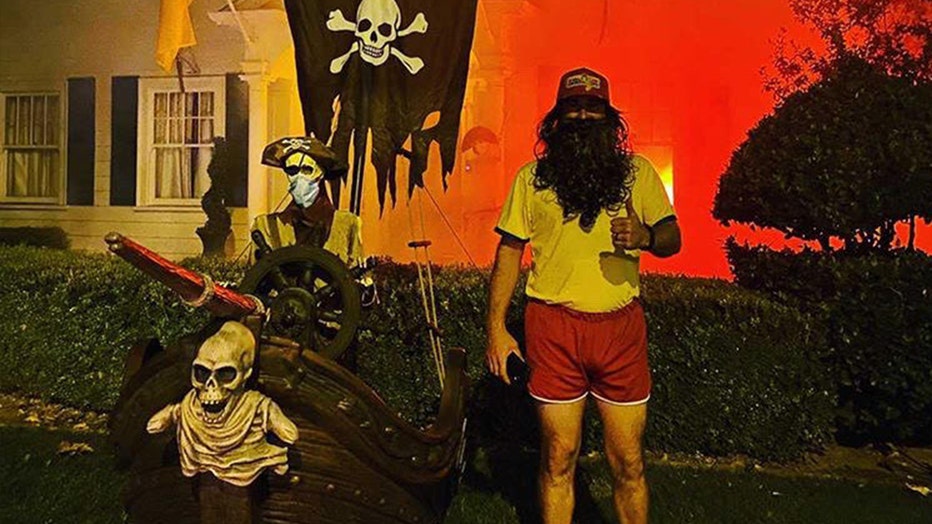 “We’ve lived in the neighborhood since 2001, but never really went all out until 2017 when we moved in to this house,” Carmen said. “I actually don’t do much of the decorating: This is all on my husband. We just make ourselves available when he needs us to hold something so he can set it up,” she said.

The Long family saw a picture of another Halloween pirate house and decided to create their own version.

“My husband ‘stole’ the idea from the Pirates of the Caribbean ride at Disneyland,” Carmen said. “It’s just satin cloth, an orange light, a red light, and a fan.” 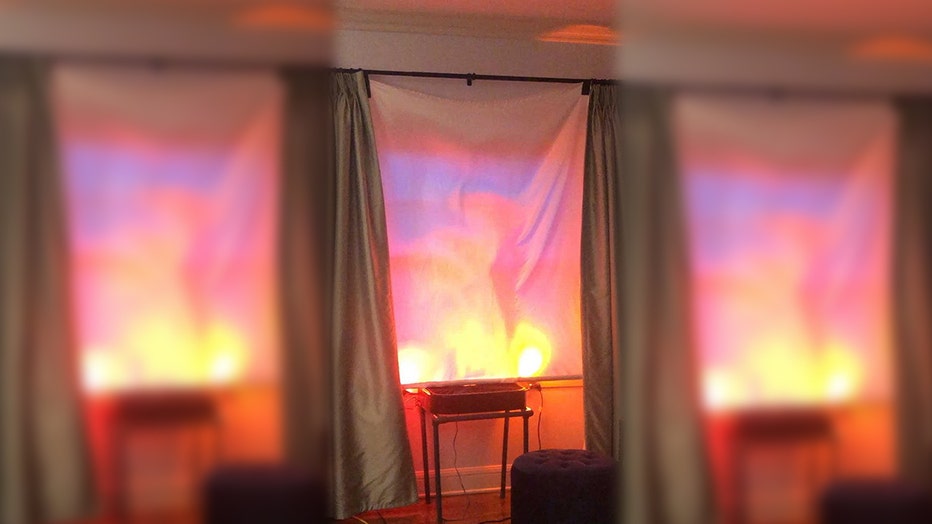 A satin cloth, an orange light, a red light, and a fan creates realistic-looking fire

Carmen said it surprised her that so many people thought the fire was real. “When you stand in front of the window you can quickly see that it isn’t real, but from far away it looks realistic,” Carmen said.

Officials have not asked the family to change the interior design, but the Longs have communicated with fire department dispatch and were told that the fire alarm system at their address would dispatch a call to them if they ever had any real trouble.

Carmen said they continue to check in with the fire department each weekend.

“In fact, one officer apologized for having to ask us to turn it down a bit, but he had to come to our door since someone complained about the music; he said it looked great,” Carmen shared.

Carmen said the response to the home has been surprising. “We are happy that 99% has been positive. We are happy that our love for Halloween and the pirates theme is shared by many,” Carmen said. “Our only let down has been some theft of our decorations and some damage to our home from a small handful of the visitors. This is the first time that has happened. Other than that… it’s been a great time!”