Firefighters who were battling a large fire at a wooden pallet plant in Johnson County looked up to see a funnel cloud overhead. The fire captain called it one of the wildest fires he's ever had to command.

LILLIAN, Texas - Firefighters in Johnson County are still on the scene of a large wooden pallet fire. They had to put their battle against the stubborn blaze on hold briefly Monday night because of a tornado threat.

The fire is burning at a wooden pallet plant in Lillian, which is about 30 miles south of Fort Worth.

Investigators believe it started around 10:30 p.m. Monday because of a lightning strike. 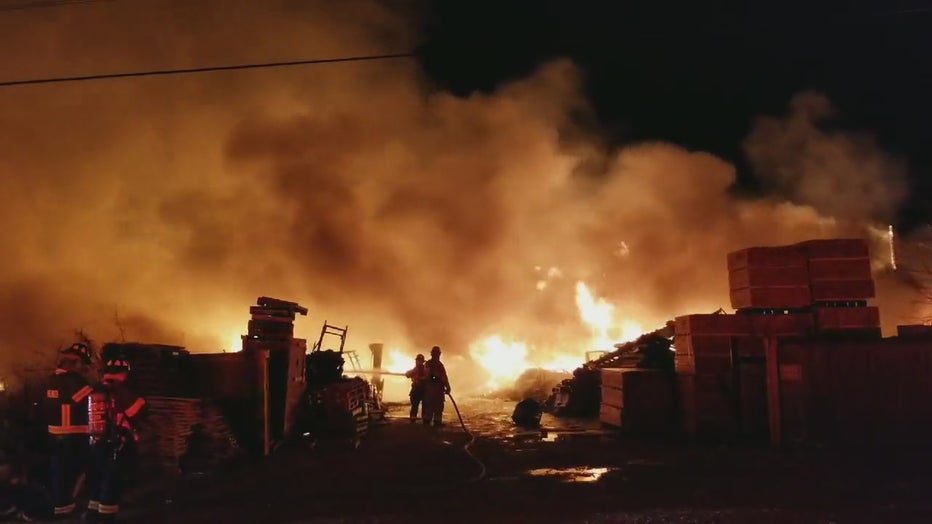 Firefighters had to work quickly because the plant is in an area surrounded by homes. As many as 15 fire departments were called in to help battle the flames.

At one point, they had to take shelter because there were reports of a possible tornado on the ground nearby.

Alvarado Fire Captain Brad Hargrove told FOX 4 it was one of the scariest situations he’s had to deal with.

"We looked up and see a funnel cloud and our dispatch advises the debris field is right on top of us which we were well aware of. I asked all the guys to retreat to their apparatus and we’ll ride it out on the scene," he said. "It’s a blessing. 24 years and that’s that wildest fire I’ve had to command." 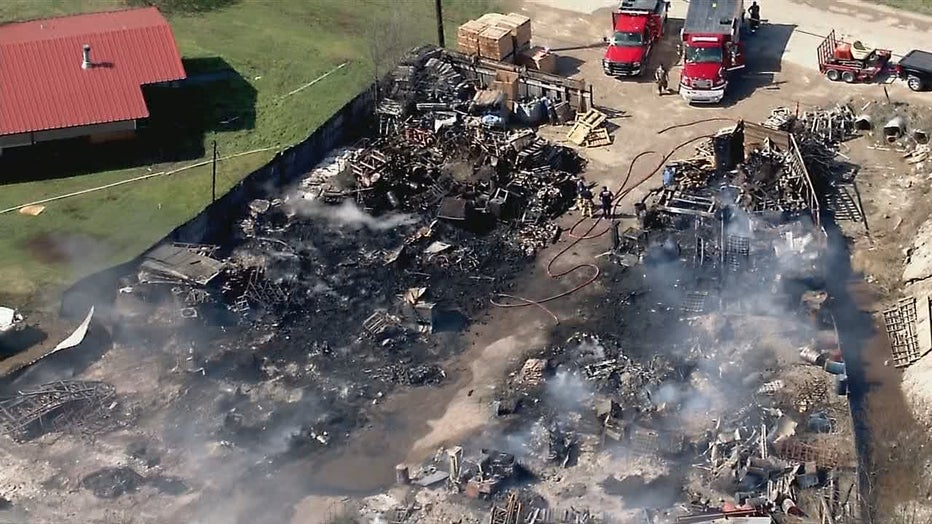 As of Tuesday morning, the fire is contained but still smoldering. It will likely continue smoldering for several days.

Download the FOX 4 WAPP to receive weather alerts, live video updates and to keep an eye on the radar.