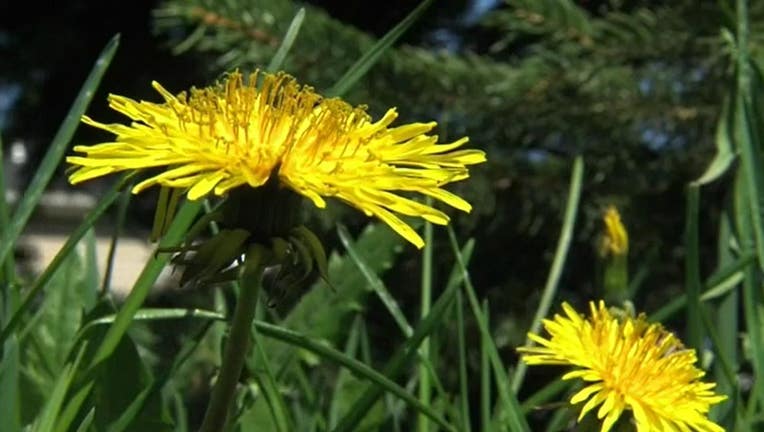 Saturday, March 20 is the official arrival of spring, when the sun crosses the equator in what’s often called the "vernal equinox." Equinoxes occur twice a year, in March and September, to mark the onset of spring and autumn. This year’s happened officially at 5:37 a.m. Eastern time.

Last year’s spring equinox was the earliest in 124 years, though this year’s timing is more back to normal.

With the sun once again shining directly on the Northern Hemisphere, we’ll have warmer temperatures, more sunlight and the flowers and trees will be in bloom again.

For some states, according to the National Oceanic and Atmospheric Administration’s new U.S. Spring Outlook released Thursday, the spring may end up feeling more like summer.

According to the report, above-average temperatures are likely to continue through June, and drier-than-average conditions are likely to persist for nearly half of the lower 48 states.

The warm weather may come as a relief to many, though, after a winter that brought record-lows to some areas.

A climate report by NOAA said February 2021 was the coldest February since 1989. During the month, the average temperature was 30.6 degrees Farenheight — 3.2 degrees below the 20th-century average.

RELATED: US had its coldest February in more than 30 years, NOAA reports

This spring also brings a renewed hope for health across the country as COVID-19 vaccine efforts ramp up.

As of Friday, The U.S. cleared President Joe Biden’s goal of administering 100 million coronavirus shots, more than a month before his target date of his 100th day in office.

With the nation now administering about 2.5 million shots per day, Biden, who promised to set a new goal for vaccinations next week, teased the possibility of setting a 200 million dose goal by his 100th day in office.

The vaccination pace is likely to dramatically rise later this month in conjunction with an expected surge in supply of the vaccines — putting a 200 million dose goal well within reach.

President Joe Biden spoke on Tuesday, Jan. 26 about steps his administration is taking to meet his goal of administering 100 million COVID-19 vaccine shots within his first 100 days in office.

The 100 million-dose goal was first announced on Dec. 8, days before the U.S. had even one authorized vaccine for COVID-19, let alone the three that have now received emergency authorization.

The president has moved to speed up deliveries of vaccines from Pfizer, Moderna and Johnson & Johnson, as well as to expand the number of places to get shots and people who can administer them, with a focus on increasing the nation's capacity to inject doses as supply constraints lift.

As of Saturday, data from Johns Hopkins University says the death toll in the U.S. has surpassed 541,000.