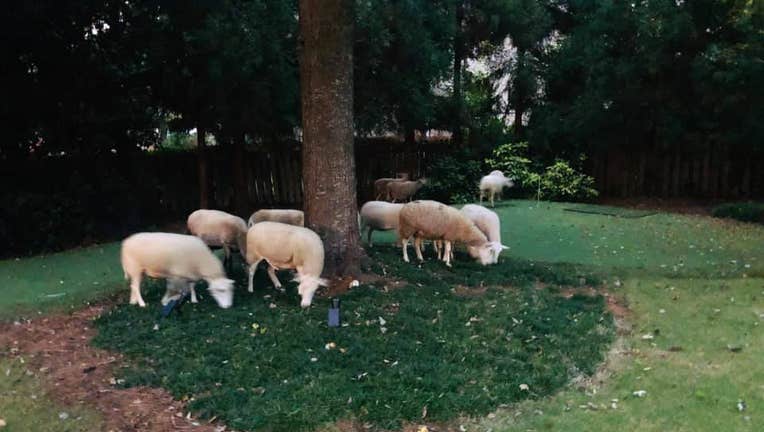 BROOKHAVEN, Ga. - Brookhaven Police may need to trade their badges for shepherd crooks after responding to an unusual animal case Thursday morning.

According to police, there were multiple calls of sheep roaming the area of East Brookhaven Drive near Marbry Road.

Before officers arrived, they say a courageous resident used impressive shepherding skills to corral the peaceful, but apparently, very hungry ruminants into her back yard.

Officers stood watch over the flock awaiting the arrival of Atlanta Police and Fulton County Animal Control to assist with locating the owner of the sheep. 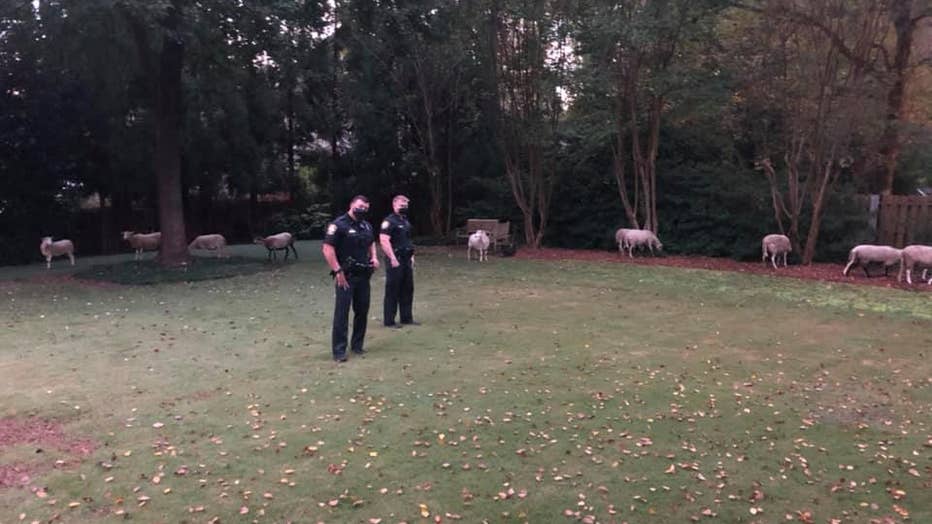 No sheep were injured.

Did anyone call Little Bo-Peep? Perhaps Mary could be of assistance.

The good news is Brookhaven Police were able to locate the owners and the flock is being herded home.

"They're apparently quite sheepish, and gave some story about taking three bags full of wool to a little boy down the lane... Our detectives are looking in to it!," Brookhaven Police posted in its Facebook page.