A grand jury in Kentucky had finally spoken. And James was letting his team know that NBA players, who have spent months seeking justice for Breonna Taylor, did not get what they wanted.

“Something was done,” Lakers guard Danny Green said, “but it wasn’t enough.” 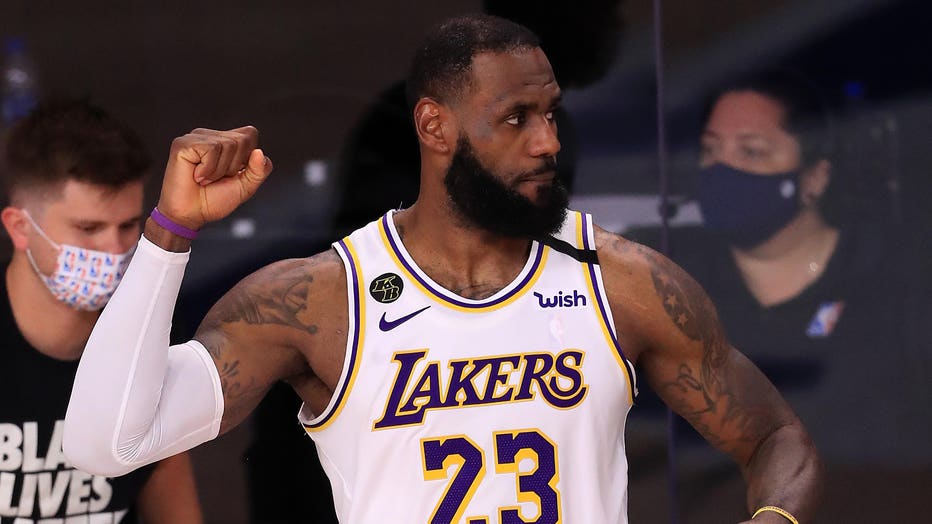 LeBron James #23 of the Los Angeles Lakers reacts during the fourth quarter against the Houston Rockets in Game Three of the Western Conference Second Round during the 2020 NBA Playoffs at the ESPN Wide World Of Sports Complex on Sept. 8, 2020 in Lak

Wednesday’s decision by the grand jury, which brought no charges against Louisville police for Taylor’s killing and only three counts of wanton endangerment against fired Officer Brett Hankison for shooting into Taylor’s neighbors’ homes, was not unexpected by many NBA players and coaches. While there were no drugs in Taylor’s apartment, her boyfriend shot and wounded a police officer. State Attorney General Daniel Cameron said the officers’ shots that killed Taylor were fired in self-defense.

RELATED: Wanton endangerment: What do charges against officer in Breonna Taylor case mean?

“I know we’ve been using our platform down here to try to bring about education and a voice in a lot of players on our team, especially also spoken out on justice for Breonna Taylor,” Denver coach Michael Malone said. “We have not gotten that justice.”

Teams came to Walt Disney World to finish the season and crown a champion, and hoping that the platform of the NBA’s restart bubble could help amplify calls for change. Players and coaches have used the NBA spotlight to make statements at a time when the demand for racial equality and an end to police brutality is resonating as loudly as it has in generations.

And Taylor’s story — the tale of a 26-year-old Black woman who was killed March 13 by police in Louisville when they burst into her apartment on a no-knock warrant during a narcotics investigation centered around a suspect who did not live there — has captivated NBA players. There were no drugs in Taylor’s apartment. Her boyfriend shot and wounded a police officer during the raid and Kentucky State Attorney General Daniel Cameron said the officers’ shots that killed Taylor were fired in self-defense.

Many NBA players have met, virtually, with members of her family to offer support. They say her name in news conferences, wear it on shirts, scrawl it onto their sneakers.

“We have moms. We have sisters, nieces, aunties. And just like men of color have experienced traumatic instances, so have women,” Boston forward Jaylen Brown said. “That is an example of some things that happen to women in our country. So, we wanted to stand alongside them, but also make it that it’s not just us. I think the future is female, so it’s important to show our sisters that we care. That’s why it’s been important.”

Even for teams not in the bubble, it mattered. Atlanta coach Lloyd Pierce leads a committee of NBA coaches tasked with finding new ways to use their own platform to create change, and he’s encouraged his own players — Black and white alike — to speak out and take action, whether in Atlanta or their own community.

“Yeah, there was a grand jury and yeah, they went through the information and yeah, they have facts to support whatever the claims may be,” Pierce said. “But that doesn’t provide any justice for those that are on the outside, those that feel like the police and law enforcement are there to protect them. ... What currently is happening isn’t good enough.”

National Basketball Players Association executive director Michele Roberts went a step further. “Sadly, there was no justice today for Breonna Taylor," Roberts said. “Her killing was the result of a string of callous and careless decisions made with a lack of regard for humanity, ultimately resulting in the death of an innocent and beautiful woman with her entire life ahead of her.”

The league shut down for three days last month when a boycott that was started by the Milwaukee Bucks — in response to the shooting by police of a Black man, Jacob Blake, in Kenosha, Wisconsin — nearly caused players to end the season because they felt their pleas for change were not being taken seriously enough.

And Wednesday’s news was another disappointment for them.