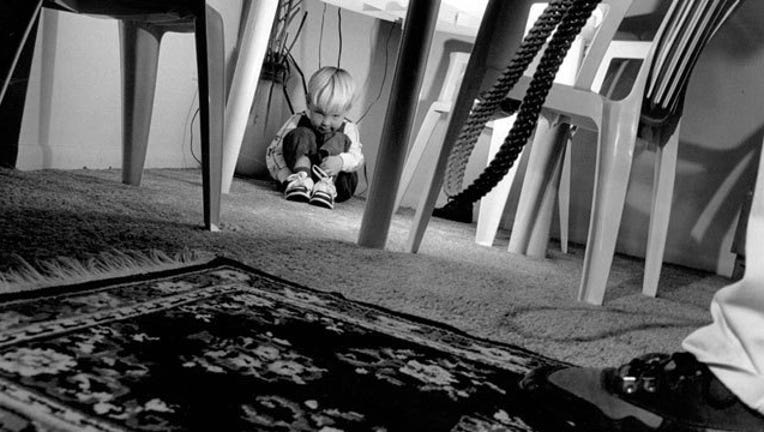 DALLAS (AP) — Former Texas foster care children described conditions of neglect and sometimes physical and sexual abuse as part of a lawsuit against Texas, prompting a federal judge to declare the system unconstitutionally broken. Here are some of their stories, based on court documents and interviews.

After about 25 placements across Texas, Kristopher Sharp refused a move 600 miles away during his senior year of high school. He soon found himself living on the streets of Houston and turned to prostitution "for a place to stay at night or for a meal."

Sharp entered the foster care system at 10, and testified he was molested beginning around age 12 by a residential treatment center employee.

"I came from a chaotic home environment, and I was thrown into a system where people beat on you, they call you names and they molest you. And it didn't necessarily seem like this was abnormal," Sharp, 26, told The Associated Press.

Most of his placements were in foster group homes or residential treatment centers, and were "absolutely fraught with abuse," he said, especially between children. He lived as far east as Lufkin and as far west as El Paso. So after several placements in Houston, he didn't want to leave.

"There was this convenience store by my house and I used to go by there and a couple of the clerks knew my name," Sharp said. "I'd never been somewhere long enough where there were people who actually noticed me and got to know me."

One day, Sharp wandered into a University of Houston-Downtown building and discovered that as a former Texas foster child he was entitled to a college tuition waiver. He earned a social work degree and now works for U.S. Sen. Patty Murray.

Darryl Jackson entered foster care as a baby in Louisiana, and moved into the Texas system at 12. From then until he aged out of the system at 18, Jackson had some 35 placements in about 10 different cities, at one point moving every other week.

As a teenager in a foster group home, he shared a room with a 2-year-old and two other teens, and saw one of the other teens hit the toddler and later go to jail.

Jackson said after he left foster care he had no idea how to live on his own. "How could someone let me go all the way to ... almost 19 before I get a driver's license? No one decided to say, 'Hey, let's help this kid out,'" Jackson said.

His caseworker recommended Angel Reach, a Houston-area nonprofit that offers temporary lodgings after foster care, counseling and life-skills lessons. Jackson said he learned "all the basics of adult life," including how to drive and pay bills.

Patricia Virgil testified she was placed in foster care at 12 after enduring "all forms of abuse" from her stepfather.

There, she said, a fellow foster child choked her until she passed out, and a shelter worker kicked her awake. She testified that at a foster group home, the foster father sexually abused her. She told her caseworker, but "nothing ever happened," she testified. Officials noted in her record that she was "wearing provocative clothing" and "asking for it," she said in an interview.

Her caseworkers changed frequently, leaving her often unsure where to seek help.

"When you are in foster care you just want to feel loved, and I didn't feel that from a lot of places," Virgil said.

She started college using the tuition waiver, but moved often and eventually became homeless. She dropped classes and paying back tuition left her $13,000 in debt.

Now 27, Virgil lives near Houston where she works two child-care jobs. She now hopes to return to college and become an elementary school teacher. She also wants to start her own family — and become a foster parent herself.

Crystal Bentley says after being physically and sexually abused in the foster care system, she's "become a statistic once, twice, again and again" in adulthood: having unhealthy relationships, being sexually trafficked and having four children.

Bentley, who entered foster care at 2, said it was common to be abused by other children in the household. One boy told her, "I won't beat you up if you let me touch you," she said.

"So as I got older, sex was my bargaining chip," she told the AP.

She was adopted at 11, but left after conflicts with the mother. She got pregnant her senior year in high school and said she lived for a while with the baby's father. Later, a friend of a friend lined up work for her. That turned out to be prostitution, she said.

Bentley, now 25, lives in Houston where she has started a catering business and also sings and raps and makes art and jewelry.

"I'm actually just now learning how to be happy," she said.