A Fort Worth attorney is on a mission to bring about police reform, and he's doing that by walking from Fort Worth to the governor's office in Austin.

FORT WORTH, Texas - A Fort Worth attorney is on a mission to bring about police reform, and he's doing that by walking from Fort Worth to the governor's office in Austin.

The criminal defense attorney hopes his walk will inspire Governor Greg Abbott to meet with him and listen to his thoughts on police reform.

He started his venture at Como First Missionary Baptist Church Sunday afternoon., before stopping at city hall to meet with a group and walk to Atatiana Jefferson memorial, before heading south.

“That’s why I’m waking to Austin,” Reed said while at the memorial.

As we’re entering the hottest part of the year, Reed admits he might not be fully trained for this walk, but he believes he can make it, and hopes his effort will be an inspiration.

He said he’s not anti-police, rather, he’s someone who wants to create a better environment for his community members and police to share understandings. 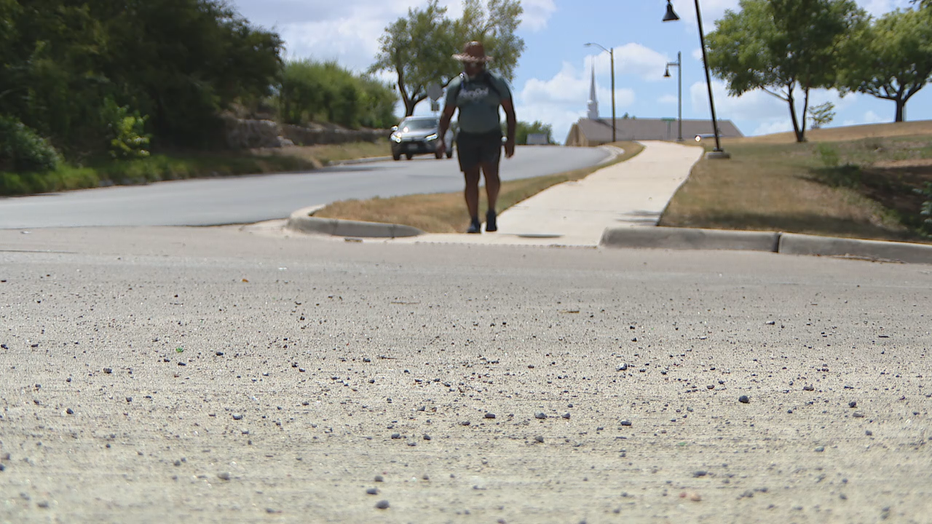 Some of Reed’s ideas involve changes in recruiting and screening of officers, as well as additional community policing measures.

“This is not an anti-police walk,” he said. “I’ll sit down with police.”

But he believes there’s room for improvement, especially in some communities.

“African Americans get stopped, searched, and arrested more so than any other demographic,” he said.

How does he suggest stopping it?

The attorney admits he doesn’t have all the answers, but he believes if he’s going to talk the talk, he has to walk the walk.

“We’ve been saying this for the longest,” he said. “And you and I and citizens of Fort Worth and the great state of Texas shouldn’t want to wait another 50 years before we really start to address this problem.”

It's not yet known if Gov. Abbott will meet with Reed once he's made it to Austin.