LOS ANGELES - Authorities Friday said foul play was not suspected at this time in the death of Valentin Broeksmit, the self-described "comically terrible spy" who is believed to have worked with federal authorities investigating the activities of Deutsche Bank and its ties with former President Donald Trump.

Broeksmit, 45, was found dead about 7 a.m. Monday on the campus of Woodrow Wilson High School in the 4500 block of Multnomah Street, according to the Los Angeles Police Department.

The Los Angeles County coroner's office has listed the cause of his death as "deferred pending additional investigation."

Officers were sent to the school on a "death investigation" call, the LAPD reported.

"Upon arrival, the officers were directed by school staff to the location of the man, who was later identified as Valentin Broeksmit," police said in a statement released on Friday.

"Broeksmit was found lying on the ground in a courtyard of the school," police said. "Los Angeles City Fire Department paramedics, who had also responded to the location, attempted to render medical aid; however, Broeksmit did not respond to those attempts and was pronounced deceased at scene.

"At the time of the officer's investigation, there did not appear to be any indication of trauma to Broeksmit's body and his remains were released to the Los Angeles County coroner's office," police said.

"Detectives responded to conduct a follow-up investigation and interview potential witnesses," police said. "This investigation is still ongoing; however, no foul play is suspected at this time and based on the investigation, it appeared that Broeksmit was alone on the grounds of the school most of the weekend preceding his death.

"The manner of Broeksmit's death is pending a review of the investigation, along with the coroner's examination and toxicology results," police said.

Broeksmit was reported missing last year, with police saying he was last seen around 4 p.m. April 6, 2021, driving a red Mini Cooper on Riverside Drive in Griffith Park. The Los Angeles Police Department reached out at the time for help from the public finding him. 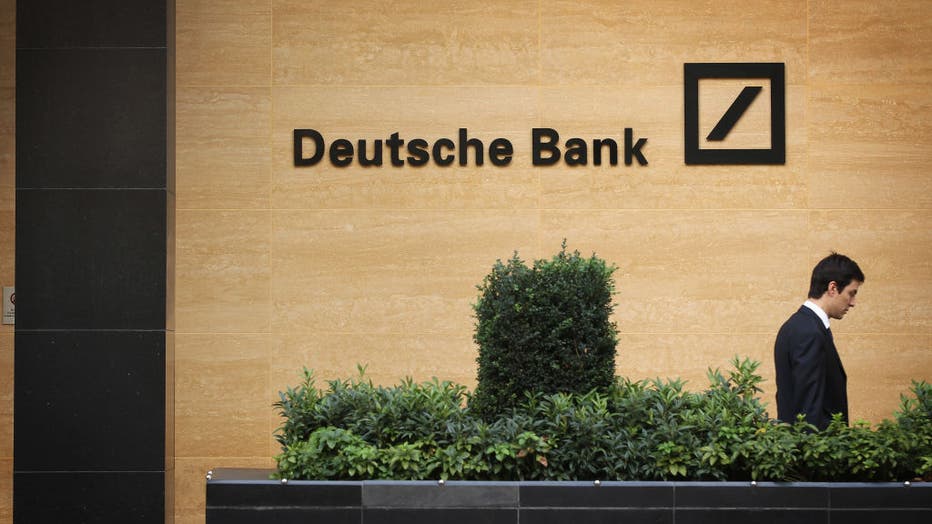 LONDON, ENGLAND - SEPTEMBER 05: A general view of Deutsche Bank on September 5, 2011 in London, England. Shares at Deutsche Bank fell by nearly 9 per cent today after news emerged that it was one of several banks currently being examined by the Serio

Investigative journalist Scott Stedman of the website Forensic News wrote on Twitter that he last spoke to Broeksmit in January.

He said Broeksmit "supplied me and other journalists with Deutsche Bank documents that highlighted the bank's deep Russia connections. It is very sad. I don't suspect foul play. Val struggled with drugs on and off. Waiting on further info."

He added: "Val's father took his own life in 2014 and it consumed Val in recent years. To see his life end so short is incredibly depressing."

According to various reports, Val Broeksmit offered hundreds of bank documents -- left behind by his father -- to federal investigators and journalists looking into ties between the financial institution and Trump.

New York Times reporter David Enrich wrote in 2019 that Broeksmit helped the FBI in its probe of Deutsche Bank by providing investigators with the bank documents. He was also subpoenaed by the House Intelligence Committee during its probe of Trump's ties to the bank.

Enrich also wrote that Broeksmit had drug use issues and would often bend the truth to come up with "far-fetched theories." But Broeksmit was a central figure in Enrich's book, "Dark Towers: Deutsche Bank, Donald Trump and an Epic Trail of Destruction."

"This is terrible news," Enrich tweeted Tuesday after learning of Broeksmit's death. "Val was a longtime source of mine and the main character in my book. We had a complicated relationship, but this is just devastating to hear."

Anyone with information on the case was urged to contact LAPD Detective Carrero-Ortiz at 213-996-4118 or via email at 38431@lapd.online. During non-business hours or on weekends calls should be directed to 877-LAPD- 247. Tipsters may also go to LAPDOnline.org, click on ``webtips" and follow the prompts.