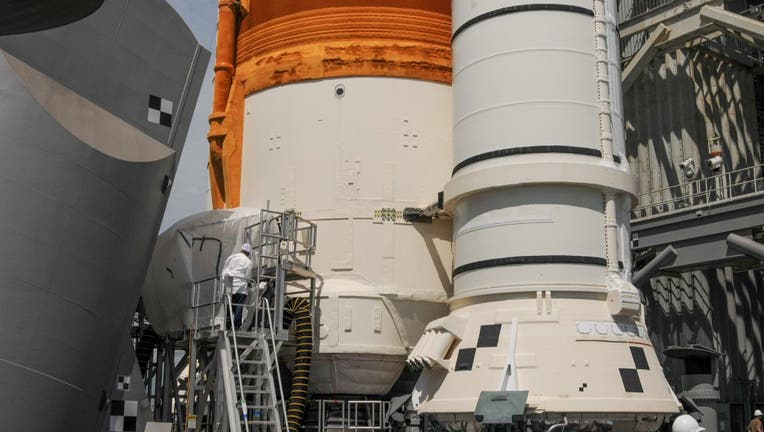 CAPE CANAVERAL, Fla. - NASA managers said Monday they are ready to check engineers' work fixing a fuel leak on the Artemis I rocket, which scrubbed the space agency's most recent launch attempt of the mega moon rocket from Kennedy Space Center in Florida.

The Space Launch System rocket with the uncrewed Orion spacecraft is slated to launch on its maiden voyage known as the Artemis I mission, sending Orion around the moon and back. NASA has now attempted to get the rocket off Earth twice. Both attempts ended in launch scrubs.

During the most recent attempt on  Sept. 3, a fuel leak of liquid hydrogen to the SLS caused the launch director to scrub the liftoff.

The SLS requires more than 700,000 gallons of supercold liquid hydrogen and liquid oxygen fuel to lift the 322-foot-tall rocket off the launchpad and into space. While an efficient rocket fuel, hydrogen is a tiny molecule that easily leaks and previously created problems for the space shuttle program.

SLS has also experienced hydrogen leaks during wet dress rehearsal tests and a small leak during the first launch attempt.

Teams at KSC Launch Pad 39B worked for the past two weeks to replace two quick-disconnect seals to the rocket in hopes of fixing the leak, which NASA managers described as a "major leak" well above the 4% limit.

At one point during fueling, the leak "spiked" to over 8%, KSC Exploration Ground Systems Program deputy manager Jeremy Parsons said of the Sept. 3 attempt.

"The reason where 4% is set is its kind of the flammability of hydrogen and air. So that's where you start to enter a certain amount of risk of flammability," Parsons said, adding, "It's really a relatively conservative limit." 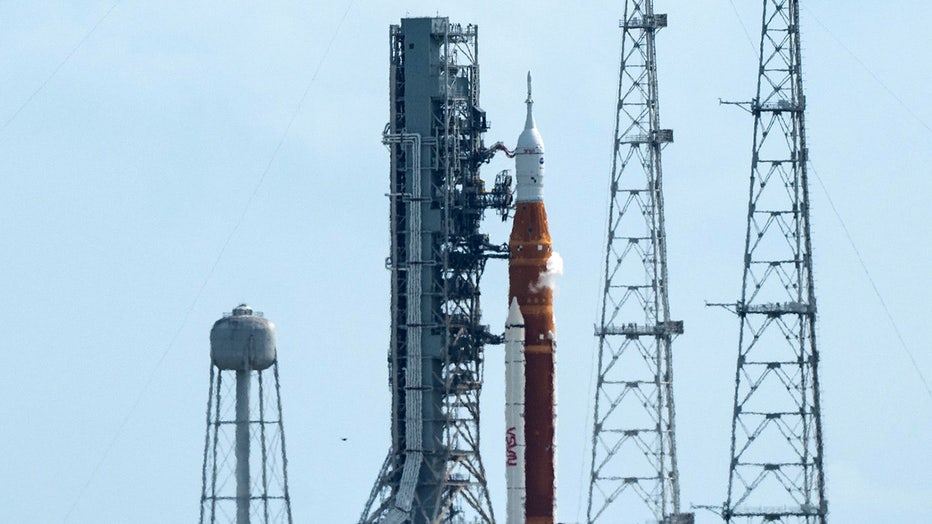 NASA’s Space Launch System (SLS) rocket with the Orion spacecraft aboard is seen atop the mobile launcher at Launch Pad 39B, Saturday, Sept. 3, 2022, as the Artemis I launch teams load more than 700,000 gallons of cryogenic propellants including liqu

WHAT IS NASA'S ARTEMIS 1 MISSION GOING TO DO?

NASA SLS Chief engineer John Belvins said after reviewing all possible causes on the fault tree, he doesn't believe any one thing caused created the leak.

On the 8-inch seal, engineers found an "indentation" that could have been caused by a hit from what NASA calls FOD, which stands for "foreign object debris." However, no FOD was found near the seal.

Taking a ‘kinder’ approach to fueling the SLS

During a fueling test on Wednesday, NASA will try a "kinder and gentler" approach using lower pressure to fill the 322-foot-tall SLS rocket with thousands of gallons of cryogenic fuel to determine if fixes to a liquid hydrogen leak were successful.

"We're taking these transitions at a slower rate. The crunch in pressure and temperature changes will be more gradual," Whitmeyer said.

The cryo-load test will be another long day for NASA teams beginning at 3:40 a.m. Wednesday. Around 7 a.m., the launch director will give a "go" for fueling and with fueling commencing around 1 p.m.

During the test, both the SLS core and upper stages will go through all three phases of fueling, including slow fill, fast fill and replenish.

If the fueling test is successful, teams are targeting Sept. 27 for liftoff during a 70-minute window opening at 11:37 a.m. However, that all rides on the outcome of Wednesday's cryo-loading.

"Ultimately, we've mitigated everything that we can think of, and we will know in the (next) 36 hours or so, or 48 hours, how effective those mitigations were," Belvins said.

Meet the LEGO astronauts aboard Artemis I

No small steps here: NASA managers explain how they're using Artemis missions to inspire the next generation of scientists and engineers.

A backup window on Oct. 2 is under review by the Space Force, which manages the Eastern launch range.

"They're responsible for all the vehicles they launch, not just ours," Blevins said of Space Force. "And they'll make a decision whether we meet the requirements for public safety or not and will adhere to that decision."

The agency submitted a waiver to extend the FTS certification and is waiting to hear back from Space Force.