NEW YORK - General Electric is freezing the pension plans of about 20,000 of its workers and offering pension buyouts to 100,000 former employees as it attempts to slash debt.

The industrial conglomerate has been selling off assets and streamlining its operations amid sagging profits and other negative developments in recent years. It faces approximately $54 billion in industrial net debt. Whittling that down has become a priority for CEO Larry Culp.

The Boston company said Monday that its actions would trim its pension deficit by about $5 billion to $8 billion, and net debt by about $4 billion to $6 billion.

"Returning GE to a position of strength has required us to make several difficult decisions, and today's decision to freeze the pension is no exception," said Kevin Cox, chief human resources officer at GE, in a prepared statement. "We carefully weighed market trends and our strategic priority to improve our financial position with the impact to our employees. We are committed to helping our employees through this transition.“

GE closed its pension plan to new beneficiaries in 2012. 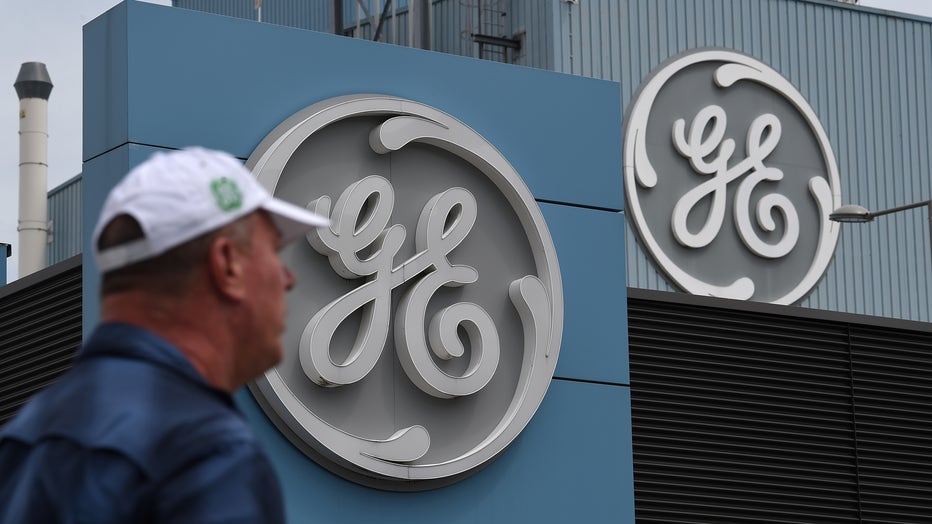 A General Electric employee walks past a logo at the GE plant in Belfort, eastern France, on June 3, 2019. (Photo credit: PATRICK HERTZOG/AFP/Getty Images)

For the buyouts, GE is offering a limited time lump-sum payment to former employees who have not started monthly pension plan payments. Pension obligations represent about $21 billion of GE's overall debt.

GE said it will continue to evaluate options to strengthen its balance sheet.