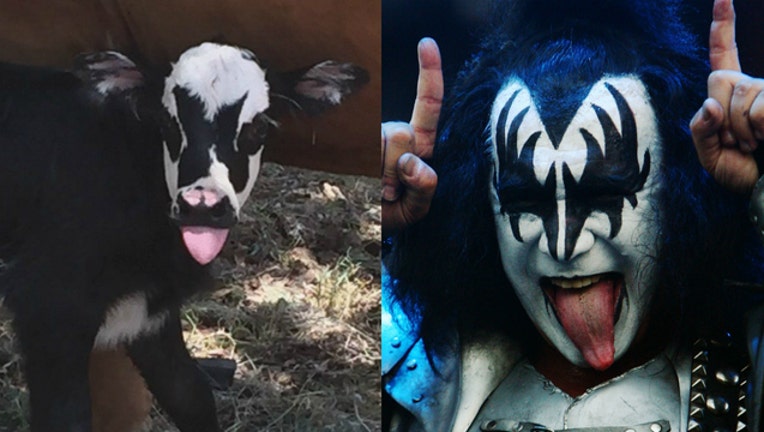 FOX NEWS - If this calf has her way, she'll be rock and rolling all night and partying every day.

A calf born in Kerrville, Texas has been given the name Genie, as she has a striking resemblance to Kiss frontman Gene Simmons.

The calf was born on July 28 and like Simmons, continues to stick her tongue out when posing for photos.

Simmons, known for his role on "Gene Simmons Family Jewels," as well as being the front man of the rock band Kiss, is famous for sticking his tongue out. The rock legend even had a magazine, entitled "Gene Simmons Tongue Magazine."