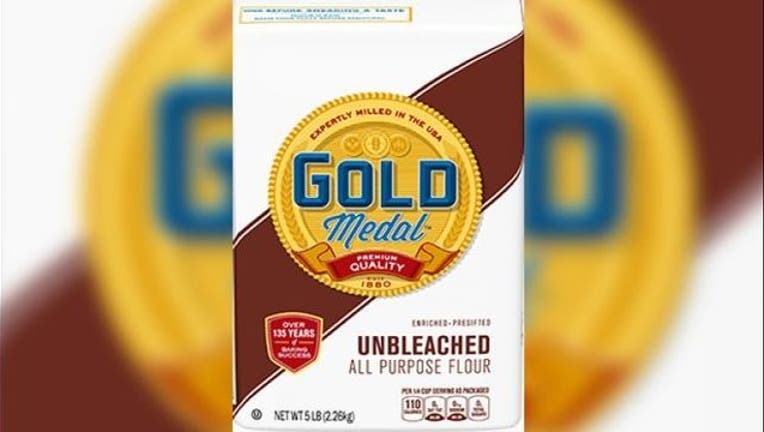 PHILADELPHIA - General Mills has issued a nationwide recall over five-pound bags of its Gold Medal Unbleached All Purpose Flour due to the risk of a potentially deadly form of E. coli, the company and U.S. Food and Drug Administration announced.

The voluntary recall, issued Monday, affects bags of flour with a better if used by date of Sept. 6, 2020.

During a sampling of the five-pound bag product, officials discovered a “potential presence” of E. coli 026.

E. coli O26 can cause bloody diarrhea and dehydration and is especially dangerous for young children, seniors and people with compromised immune systems, the USDA notice warns. Symptoms, which may also include stomach cramps and vomiting, usually start about three to four days after swallowing E. coli O26 and can last up to a week, according to the Centers for Disease Control and Prevention.

General Mills is reminding consumers should refrain from eating any raw products made with flour as heat is required to kill bacteria.

Though heat from baking, frying, sautéing or boiling food products made with flour can kill E. coli O26, people should be mindful to clean all surfaces and utensils that come into contact with raw flour or dough, officials say.

Though no confirmed cases of illnesses have been linked to this recall, at least 21 people in nine states were sickened earlier this year in a separate E. coli O26 outbreak linked to flour, according to the CDC.

Consumers are advised to check their food stories and pantries for potentially troublesome products.

Anyone with questions about the latest recall and those who may want a replacement coupon can click here or call 1-800-230-8103.