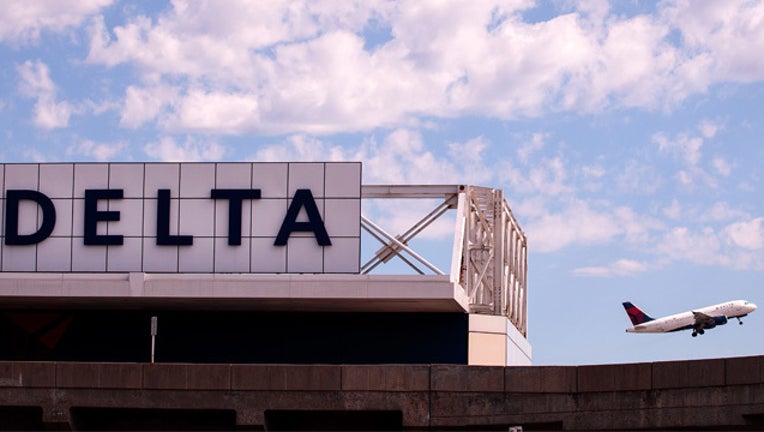 A Delta jet takes off at LaGuardia Airport , August 8, 2016 in the Queens borough of New York City. Delta flights around the globe were grounded and delayed on Monday morning due to a system outage. (Photo by Drew Angerer/Getty Images)

ATLANTA (AP) -- Pro-gun Georgia lawmakers Thursday took revenge on Delta for cutting ties to the National Rifle Association, killing a proposed tax break on jet fuel that would have saved the airline millions.

A sweeping tax bill with the fuel-tax exemption stripped out by the Republicans passed the GOP-controlled House and Senate by wide margins, just days after Delta reacted to the school massacre in Florida by announcing it would no longer offer discount fares to NRA members.

Republican Gov. Nathan Deal criticized the Delta controversy as an "unbecoming squabble" but said he would sign the broader tax measure in whatever form it passed.

Delta, which is based in Atlanta and has 33,000 employees in Georgia, would have been the prime beneficiary of the tax break, estimated to be worth at least $38 million a year to airlines.

The political battle at the Georgia Capitol was the latest in the debate over gun control and school safety that flared after the Feb. 14 shooting rampage in Parkland, Florida, that left 17 students and educators dead.

The state Senate's presiding officer, Republican Lt. Gov. Casey Cagle, set up the showdown between gun-rights supporters and one of Georgia's biggest private employers when he vowed Monday to stop any tax break that would benefit Delta.

"Corporations cannot attack conservatives and expect us not to fight back," he tweeted.

The dispute stirred fears of damage to Georgia's business-friendly reputation, and politicians in several other states seized on the furor in recent days, urging Delta to move its headquarters.

The Delta provision barely came up Thursday in either legislative chamber during debate on the underlying tax bill, designed in part to give back to Georgia taxpayers $5.2 billion in extra state revenue expected over the next five years because of the recent federal tax overhaul.

"Obviously the political environment does sometimes get a little testy, but in the end, it's all about the product," said Cagle, who is running this year to succeed the term-limited governor. "And the product we have today is something that all of us can be very proud of."

The Senate passed the tax measure 44-10, with Democrats accounting for all of the no votes. The House -- which had passed the earlier version with the jet fuel exemption before the Delta-NRA controversy erupted -- followed with a 135-24 vote.

House Speaker David Ralston, a Republican, bemoaned the combative tone some had taken toward Delta. But he put some of the blame on the airline, noting the jet fuel exemption wasn't controversial before Delta crossed the NRA.

"I hope they are better at flying airplanes than timing P.R. announcements," Ralston said.

Among Democrats voting against the tax bill was Sen. Nikema Williams of Atlanta, who applauded companies that have taken swift action on guns after the Florida tragedy. She said Delta's decision to end its NRA discounts led her to support the jet fuel tax break.

"The small steps that Delta and Dick's Sporting Goods are taking, to take a stand and say enough is enough, is what we all need to be doing as adults," Williams said. "We're the leaders of this state and we need to be coming together for solutions, not bullying corporations who are trying to do the right thing."

Dick's Sporting Goods has said it will no longer sell assault-style weapons like the one used in the Florida attack.

Critics of the GOP effort to retaliate against Delta have warned it could backfire by harming Georgia's ability to lure businesses -- including Amazon, which recently named Atlanta a finalist in its search for a second headquarters.

"It definitely could have an effect when an outside company looks at something that happens this quickly around election time to one of the largest employers in the state," said William Hatcher, a professor at Augusta University who studies economic development. "But will it be the dominant factor? I don't think so."

The broader tax bill would cut the top tax rate for individuals and businesses and double the standard deduction for all filers.