The reporting feature has been available on Android devices, but is now expanding to iOS in the latest app update, the company said.

MOUNTAIN VIEW, Calif. - Google Maps is adding the ability for people to report where police are hiding, vehicle crashes and traffic jams on its app — borrowing several real-time reporting features that have been popularized from the company’s other navigation app, Waze.

The reporting feature has been available on Android devices, but is now expanding to iPhone users as well in the latest app update, the company said in a blog post.

In addition, Google Maps said it is introducing the ability to report four new types of incidents, including construction, lane closures, disabled vehicles and debris and other objects on the road, the company said. 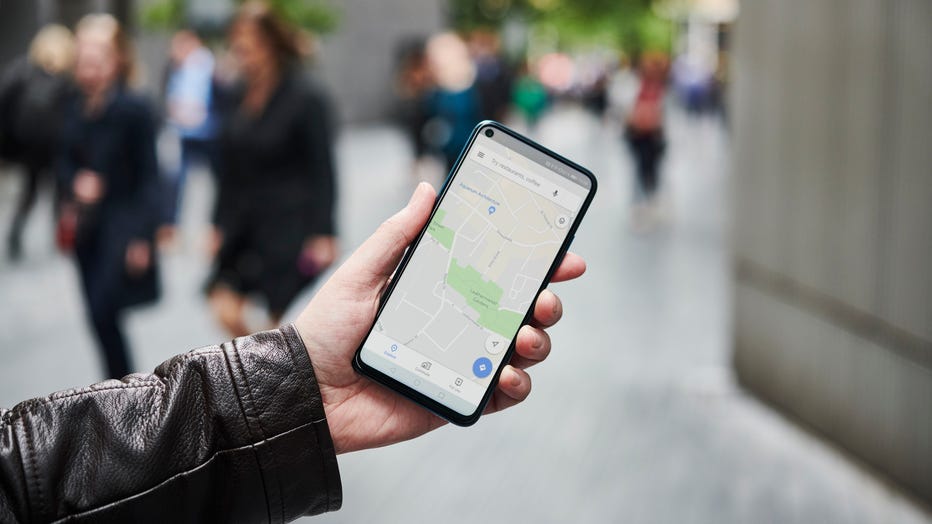 A file image shows a man holding a smartphone with the Google Maps app visible on screen, taken on June 4, 2019. (Photo by Olly Curtis/Future via Getty Images)

Waze, which was purchased by Google in 2013 for a reported $1.3 billion, generates many of its maps and traffic information based on real-time reporting from users — which includes drivers, riders, map editors and beta testers, according to its website.

Apps like Waze have received criticism from law enforcement in the past for allowing users to share an officer’s location. In February, the New York Police Department wrote a letter to Google asking the company to remove the popular feature from Waze.

“The posting of such information for public consumption is irresponsible since it only serves to aid impaired and intoxicated drivers to evade checkpoints and encourage reckless driving,” the department’s acting deputy commissioner for legal matters, Ann P. Prunty, wrote in the letter, according to the New York Times. “Revealing the location of checkpoints puts those drivers, their passengers, and the general public at risk.”

The Google Maps app does not allow for user comments, nor does it have a way to specifically report a sobriety checkpoint.

To report an incident on Google Maps, users tap the plus sign on the right side of their screen and then “Add a report.”

“This feature has been one of our most popular on Android, and we’re excited to expand it to iOS,” Google Maps project manager Sandra Tseng wrote in the announcement last week. “Today, we’re adding more tools that reflect real-time contributions from the community so you can stay even more informed when you’re behind the wheel.”