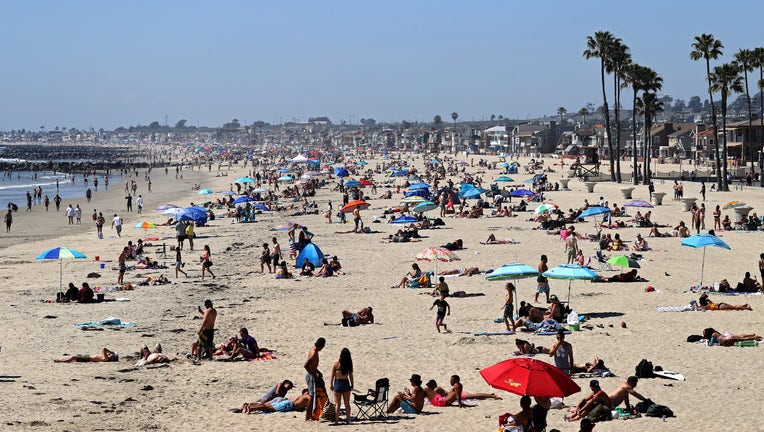 NEWPORT BEACH, CALIFORNIA - APRIL 25: People are seen gathering on the beach north of Newport Beach Pier on April 25, 2020 in Newport Beach, California. Southern California is expecting summer like weather this weekend as social distancing and beach

Newsom said Orange County had been on his radar and was concerned with beaches remaining open considering the number of its confirmed coronavirus cases.

He credited Orange County officials for how they have handled the coronavirus crisis, saying they're doing a "wonderful job down there," but is committed to his job of keeping Californians safe.

"We want to focus on where there's a problem," Newsom said.

After reopening the beaches in cities throughout Orange County over weekend, Gov. Gavin Newsom has announced the hard closure of all beaches in the county in order to help prevent the spread of COVID-19.

Newsom clarified overall, beachgoers statewide displayed proper social distancing protocol, but was concerned with images he saw that showed tens of thousands Southern California residents flocking to Orange County beaches. He said his decision was led by science and data, and guided by health officials.

Thursday's briefing came as a bit of a surprise as Newsom was expected to announce the closure of all California beaches and state parks after a memo, shared exclusively with FOX 11's Bill Melugin, was sent out to the state's police chiefs Wednesday evening.

"That memo never got to me," Newsom claimed.

Gov. Newsom Thursday addressed a memo that was sent out Wednesday evening that indicated he would announce a full closure of California beaches and state parks.

The California governor added he has been consistent, clear and transparent with his decisions throughout the pandemic.

On Monday, Newsom scolded beachgoers after seeing images of crowded beaches in Orange and Ventura counties that surfaced over the weekend, which displayed a lack of social distancing. “The only thing that will slow down our capacity to begin reopening our economy is our inconsistent behavior," he said.

As a heatwave lingered in Southern California, residents traveled to the remaining open Orange County beaches, as they were closed in neighboring San Diego and Los Angeles counties.

Governor Gavin Newsom was expected to announce the closure of all California beaches during his daily coronavirus state briefing Thursday.

• Gov. Newsom to announce closure of all beaches and state parks 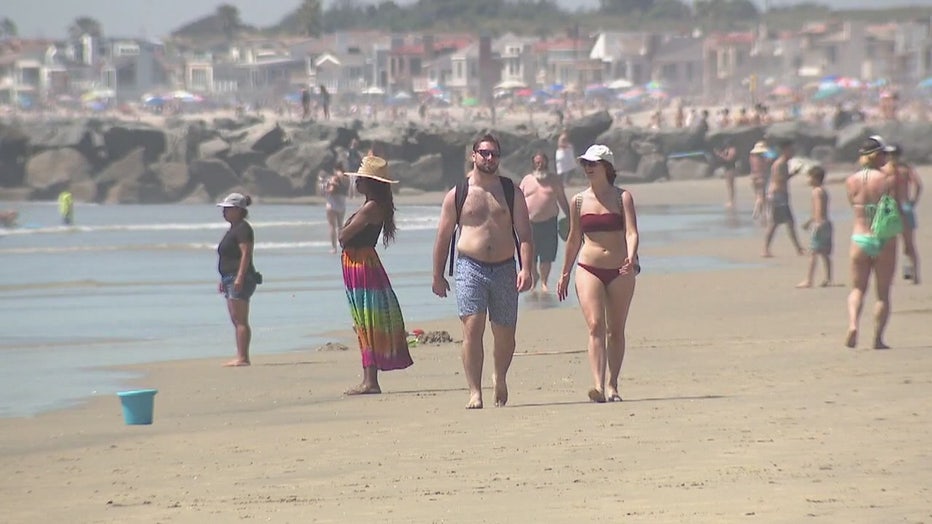 “I support safety. And I believe that he will make it safer,” one beachgoer told FOX 11.

“Closing down the beaches is a real extreme measure. I think you have to let the people use their own good judgment. I think most of the people I saw in Huntington Beach on Saturday and Sunday were practicing social distancing,” another beachgoer said. 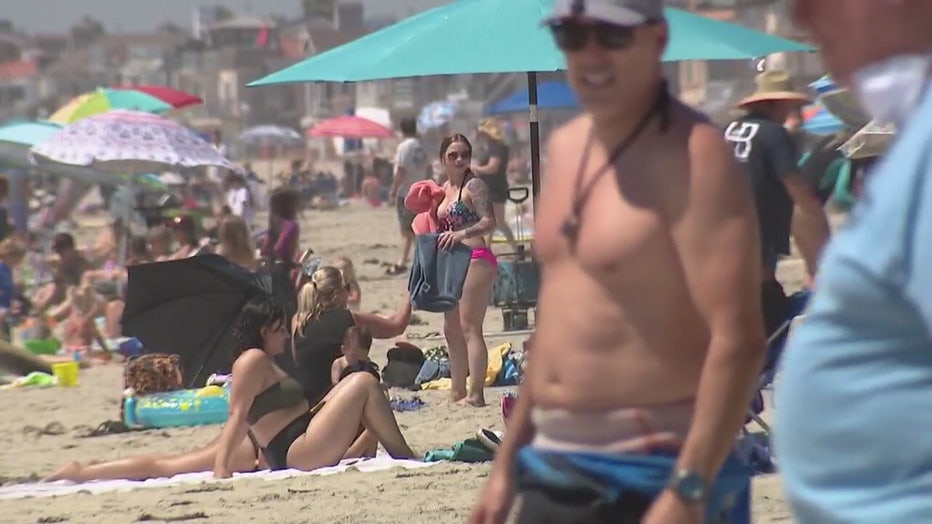 On Tuesday, the Newport Beach City Council rejected a proposed ordinance that would close the city’s beaches for the next three weekends.

“What we observed from land and by air was the vast majority of beachgoers practicing social distancing. There were, in places, some clusters of people that were not social distancing. Throughout the day, our police officers and lifeguard patrolled the entire beach area to educate and remind those individuals of the necessity of physical distancing.”

"This is not going to end well," Republican Assemblywoman Melissa Melendez tweeted.

"I believe Governor Newsom has the power to close Orange County beaches. However, it is not wise to do so. Medical professionals tell us the importance of fresh air and sunlight in fighting infectious diseases, including mental health benefits," Orange County Supervisor Donald Wagner said in a statement.