She says federal money will foot the bill, but lawmakers are questioning the promise.

Whitmer announces plan to get some essential workers free college

She says federal money will foot the bill but lawmakers are questioning the promise.

"Today I'm announcing a plan to ensure that our frontline workers have paths to opportunity once we get beyond the crisis," Whitmer said.

Whitmer made a promise to some essential workers of free college - she calls it "Futures for Frontliners."

"Historically when Americans have put their lives on the line to defend the rest of us from a foreign enemy, we have shown our gratitude by giving them educational opportunities to improve their lives," she said.

It is modeled off the G.I. Bill post WWII - and applies to essential workers that do not have a college degree already, like employees at grocery stores, those staffing nursing homes or sanitation workers.

Governor Whitmer says there is federal money to cover the cost of what could be a very expensive proposition as essential workers take advantage of the opportunity - it's the first of its kind in the country, and specifics are slim.

"I love the idea, it is a great idea letting them be rewarded - but at the end of the day where does the money come from," said Sen. Pete Lucido (R-Shelby Twp.). 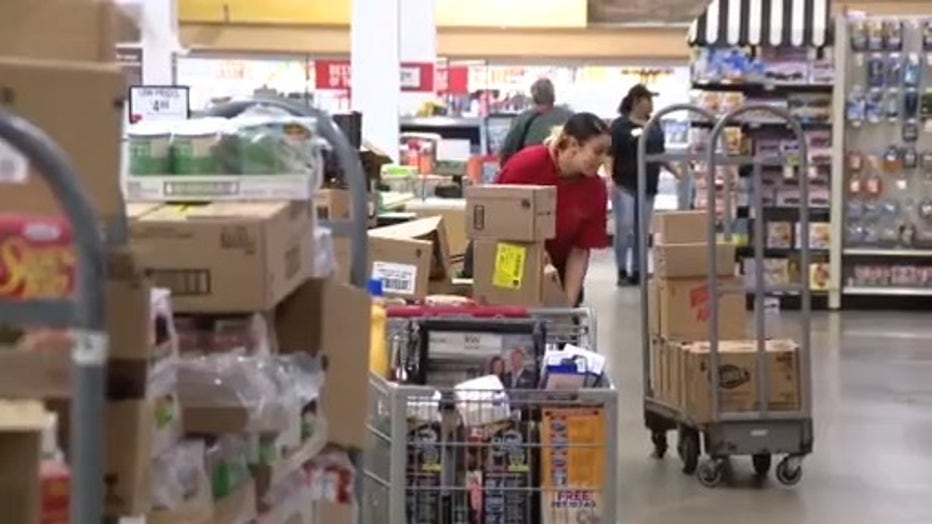 Republican Michigan Senator Peter Lucido had just left session Wednesday afternoon when we talked - a sobering session at that - COVID-19 creating a $3 billion budget deficit in the state.

"It's $3 billion right now, I don't know what it's going to be as we go because we don’t have sales tax coming in at 6 percent," he said. "And we don't have the income tax coming in because we aren't working."

Lucido says we have to triage how we spend money right now…and that there are more realistic ways of saying "thank you" to essential workers.

"If you make that promise, it's an idle promise because you can't find the funding," he said.

Whitmer says this new education initiative will edge towards her goal of having 60 percent of Michigan residents with a post-secondary degree by 2030.