Authorities are investigating an armed robbery near a 7-Eleven in Carson.

CARSON, Calif. - A guard was shot when a group of armed robbers ambushed an armored truck in Carson Tuesday morning, according to officials

Reports of an attempted robbery came in around 10:40 a.m. Tuesday at a 7-Eleven at West 228th and South Figueroa streets.

According to Los Angeles County Sheriff's Department deputies, the truck was ambushed by two people. During the ambush, one of the guards in the truck was shot in the backside. The two suspects then got into a getaway car driven by a third suspect, before fleeing the scene.

SUGGESTED: 15-year-old at center of Amber Alert killed in shootout between deputies, suspect on 15 Freeway 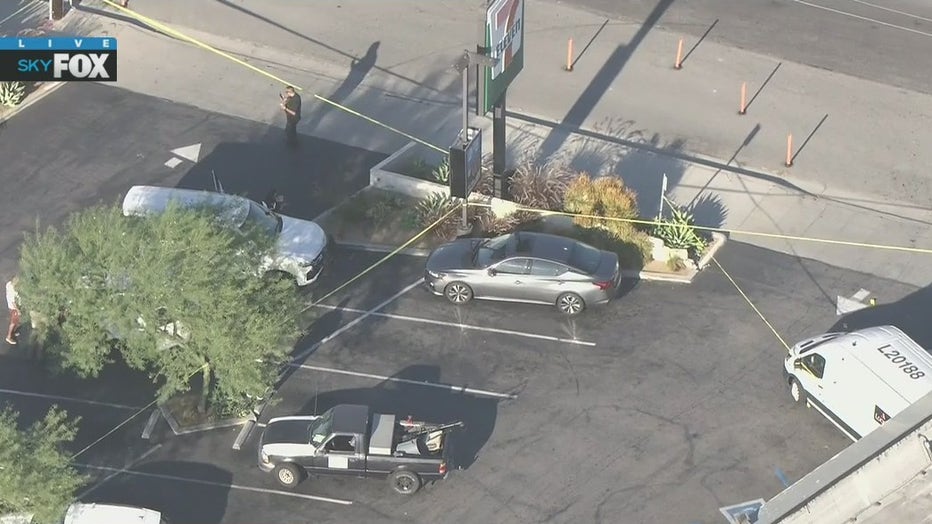 The injured officer was taken to the hospital but is currently in stable condition. Deputies say the attackers were not able to take anything from the truck. The investigation is still ongoing.