The victim reported that in 2017, while volunteering at Scream Hollow, owner Norman Glenn provided her with alcohol and sexually assaulted her.

BASTROP COUNTY, Texas - The Bastrop County Sheriff's Office says it has arrested the owner of a Halloween attraction for allegedly sexually assaulting a teen volunteer.

The alleged incident happened at Scream Hollow located in Smithville.

On July 30, 2022, the sheriff's office says it received a report of a possible sexual assault of a child.

The assault was reported by a 19-year-old female who alleged the incident occurred in 2017 when she would have been 14 years old. 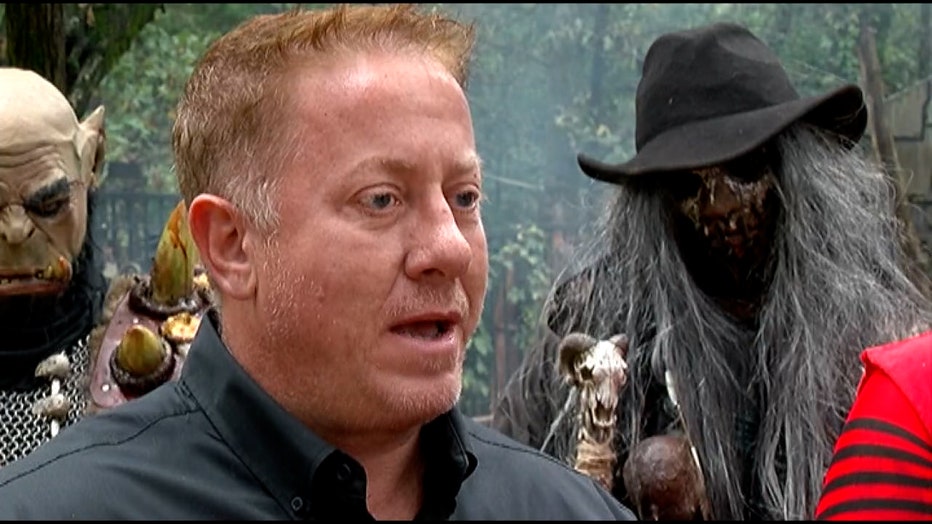 Owner/creator of Scream Hollow Norman Glenn is pictured during a FOX 7 Austin interview in 2018.

The victim reported that in 2017, while volunteering at Scream Hollow, owner Norman Glenn provided her with alcohol and sexually assaulted her.

Officials say as a result of the investigation, probable cause existed for the issuing of an arrest warrant for Glenn.

51-year-old Glenn was booked into the Bastrop County Jail without incident on September 14.

This is an ongoing investigation. If anyone has any information related to this case or any other investigative information involving Glenn, please contact the Sheriff's Office at 512-549-5100.