DICKINSON, Texas - This week marks four years since 10 people were shot and killed at Santa Fe High School. One of those victims, Kimberly Vaughan, will soon have an entire room at a local animal shelter dedicated to her memory.

This project has been in the works for 2.5 years, initially delayed by COVID-19.

Step inside Bayou Animal Services in Dickinson and feel the magic of its new facility. Sitting front and center is "Kim’s Cat Haven" named after Kimberly Vaughan, one of the 10 people shot and killed at Santa Fe High School in May 2018.

Kimberly, a then freshman, would’ve turned 19 this year.

"She told me when she got older, she didn’t want to have kids; she wanted to have 17 cats," said Rhonda Hart, Kimberly's mother.

"Harry Potter was also one of her favorite stories and we were lucky enough that in April of 2018, to go to the Wizarding World and that was like the best family trip ever," Hart continued. 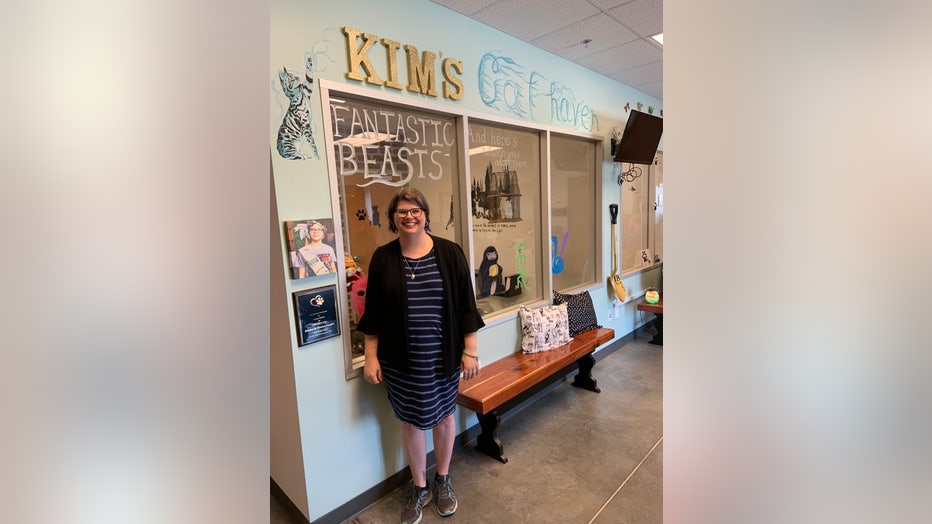 Hart has poured her heart and soul into creating this special and detailed dedication for Kimberly, combining her daughter's love for Harry Potter and cats, all into one.

Each cat will also be named after Harry Potter characters.

"We’ve got little Dobie. He’s one of our longest-term residents at our shelter. Ron Weasley is our young, active cute boy," said Nina Baker, a Community Outreach Coordinator with Bayou Animal Services.

Kim’s Cat Haven will serve as the room for cats with feline aids, also known as FIV.

"They also have a little bit shorter life span, so it really matches with Kimberly," Hart said.

This week, Hart is bracing herself for the four-year mark since the deadly shooting.

"It seems like four years has just flown by but at the same time it feels like it’s gone really slow. You eventually get used to it, but it never goes away," Hart said.

"I think we’re really at the same spot because the shooter remains in long term mental health care treatment and there's been no notable legislation passed. I’ve kind of made my peace with it that we probably won’t see the inside of a courtroom," Hart continued.

In honor of Kimberly, Bayou Animal Services will be offering a special "pay what you can" for all cat adoption fees through the month of May. For more information, click here.