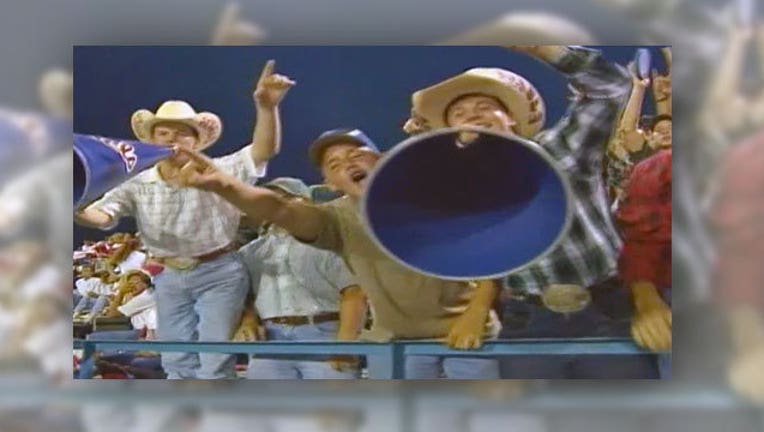 Hays High School is retiring its fight song after receiving several complaints it had ties to the Confederacy. There are many within the district who see the fight song "Dixie" as hurtful and hateful. With concerns over whether it would cause a divide among current and future students, a decision to retire it was made. For years it meant school spirit and tradition. Memories fill the pages of old yearbooks.

"It's always been a part of our school. We go to football games; every time a touchdown scored I would hear it and I just loved it. It was a good song," says Luis Gonzalez, student, Hays High School.

Now, those traditions are changing. Hays High School is retiring their fight song "Dixie" over concerns of its affiliation with the Confederacy. Football player Luis Gonzalez doesn't understand why.

"People think it's like for racism and I thought it was just a part of our school. I think we should be able to keep it," says Gonzalez.

Animosity begin surfacing long ago. In 2000, Hays CISD banned the Confederate flag as an official symbol of the high school. Then in 2012, it was banned on district property and events. After the shooting deaths in South Carolina, the fight song "Dixie" came into question.

"It is unfortunately a symbol that is associated with the Confederacy, a negative symbol. We don't need the negative perception associated with our school," says David Pierce, principal, Hays High School.

Principal Pierce says Jack C. Hays was a Texas Ranger,  not a Confederate Soldier. The flag and fight song "Dixie" were not part of the original Hays High School brand but developed into traditions early on. In the eyes of the district, it never meant support for slavery, racism, or hate.

The district has decided to go back to the school's original fight song "On Wisconsin."  You'll start hearing it this upcoming school year but we're told it's causing an uproar on social media.

By removing the Confederate flag and retiring the song, the district believes it breaks all ties with the Confederacy from the campus. Luis says no matter what, it won't break his school spirit

"If they think it will help racism stop, then the change is good I guess," says Gonzalez.