English actress Helen McCrory, known for her roles in the Harry Potter films and in the television series Peaky Blinders, has died. She was 52.

English actress Helen McCrory, known for her roles in the "Harry Potter" films and in the television series "Peaky Blinders," has died. She was 52.

"She died as she lived. Fearlessly," Lewis wrote on Twitter. "God we love her and know how lucky we are to have had her in our lives. She blazed so brightly. Go now, Little One, into the air, and thank you." 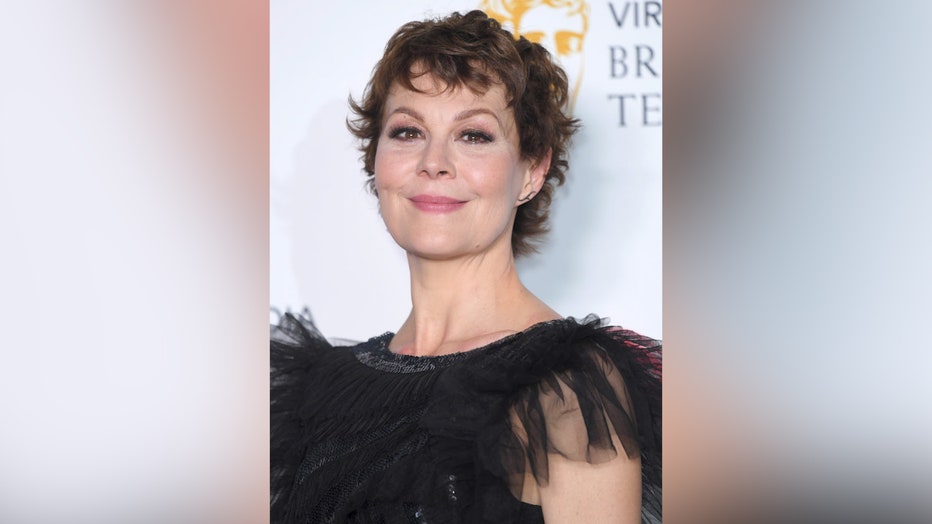 FILE - Helen McCrory poses in the Press Room at the Virgin TV BAFTA Television Award at The Royal Festival Hall on May 12, 2019 in London, England.

McCrory was one of Britain’s most respected actors, making her mark by playing a succession of formidable and sometimes fearsome women. Her first movie role came in the 1992 film "Interview with a Vampire."

She also is known for her role as Cherie Blair in the royal biopic "The Queen" directed by Steven Frears. The role earned her a nomination for best supporting actress from the London Critics' Circle, according to The Hollywood Reporter. She later reprised that role in 2010's "The Special Relationship."

McCrory also was known for her onstage presence in the United Kingdom. She earned the best actress award in 2002 by the London Evening Standard for "Uncle Vanya."

Her other roles included the vengeful Greek heroine "Medea" at the National Theatre in 2014. At the same theater, she excelled as a woman caught between a dull husband and a feckless lover in Terence Rattigan's "The Deep Blue Sea" in 2016.

While many performers struggle to find meaty female roles in film and television, McCrory played a string of them.

"Having said that, there are a lot of things I turn down," she told The Associated Press in 2016, describing the sort of roles where "all your lines are ‘But what did you do at work?’ 'That’s so clever, darling.′ ‘How did you do that?’ ‘And then what did you do?’"

"Of course, there’s so much sexism within the profession," McCrory said. "But I think you approach it in different ways, and my approach is just to forge forward."