LOS ANGELES - It's undeniable that soccer is becoming more popular in the U.S.

WalletHub, a financial website conducted a study in order to find the best cities for soccer fans in the U.S. They used data from hundreds of cities and used factors such as championship wins, ticket prices and the cities themselves in order to find where is the best destination to watch the world's most popular game. 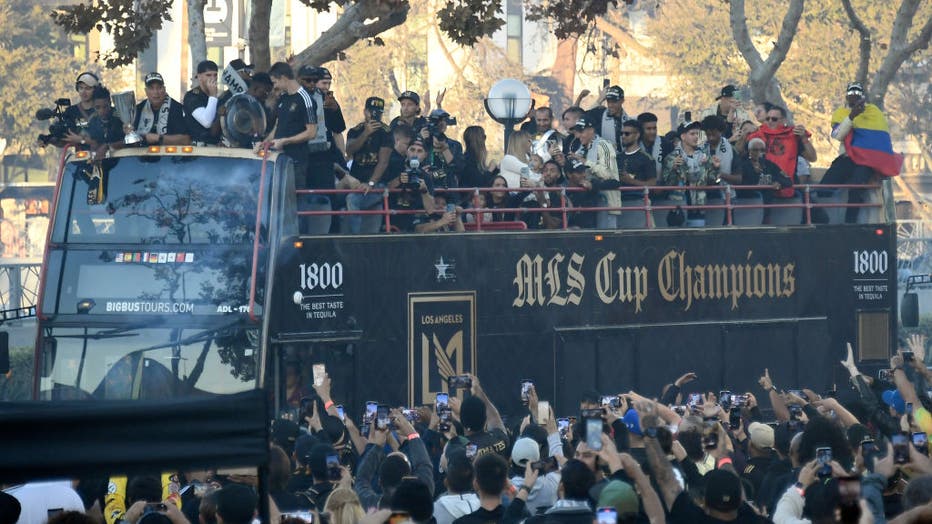 LOS ANGELES, CA - NOVEMBER 06: Los Angeles FC players and staff hold up the trophies the has team won this season as they parade around the stadium on top of an open double decker bus during the MLS Cup victory parade and celebration next to Banc of

Meanwhile, Portland ranked third, according to the study. The Rose City was followed by Orlando, Kansas City, the District of Columbia, New York, Atlanta, Salt Lake City and St. Paul, Minn., all of which have reputable soccer teams among MLS.

You can view the entire list and study methodology on WalletHub's website in order to pick the best city to watch the upcoming World Cup.

The sporting event bringing together the world's best players kicks off on Nov. 20. The U.S., opens the group stage against Wales on Nov. 21 and will face off against England on Nov. 25 and Iran on Nov. 29.

The entire tournament will cost the nation of Qatar approximately $220 billion, the most expensive in World Cup History. It marks the first tournament of its kind in the Middle East with Qatar being the smallest nation to host the games.